The Four Elements In a New Form, Inspired by Basic Physics

Patheos Explore the world's faith through different perspectives on religion and spirituality! Patheos has the views of the prevalent religions and spiritualities of the world.
The four elements have been around as a system for understanding for over 2,000 years. They were rooted in philosophy and scientific inquiry originally, but over time, became part of magical systems throughout the West, seen in any number of magical and religious traditions and certainly all over WitchToc.  Instead of calling on the four elements like a wiccan, or calling to the three spaces of the cosmos like in druidic reconstruction, I have created a new alignment of the elements based on my knowledge of modern Neo-Paganism and Physics.
There is a long tradition of science and magic being melded.  It goes back to the most ancient days, when Greek philosophers pondered what matter was, through the traditions of Alchemy which used the new science of chemistry to explore the self, to the Hermetics and through to the Theosophists who used emerging ideas about the electromagnetic spectrum, ether, and psychology to try and understand psychic and environmental phenomena.
The elements themselves as we conceptualize them were originally a scientific idea, not a magical one. What if instead of separating magic and science, letting magical symbology drift in the past, we updated it?  What if with the full knowledge of what was and why the ancients did things the way they did we decided that the elements aren’t just the four that Empedocles proposed over 2,000 years ago.  What if we allowed the period table to be sacred? Let’s explore the animism of physics.
But that could be a bit overwhelming, what with 118 different elements to choose from. It begins to feel a lot like a list of saints.
Just throwing some ideas out there. Gonna stop because I want to talk more about the four elements. There are other concepts in science that actually align better with what the philosophers of old were getting at with the four elements:  the three basic states of matter: Gas, Liquid, and Solid.

Reorganizing the Four Elements According to the States of Matter

The Irish keyed into this as the sky, land, and sea.  The Greeks had the air, earth, and water, and fire.  Fire is the odd man out in this configuration. Fire is not an element like air, earth, and water are. It’s not something we find and interact with, like sky, land, and sea. It’s not made of atoms. And though one could argue that it might align with the plasma state, that’s not something humans interact with on the regular. What we do interact with is chemical change and transformation. As I see it, fire is not one of four quarters. It is the line that connects through the other three states of matter. It is the fire of life that is within us all, and it is the chemical transformations that allow us to breathe in oxygen and out carbon dioxide. The “element” of fire, is the element of aliveness, and also the catalyst. It is delta (∆), to put it in chemistry class terms. Delta is the Greek letter that represents change in reaction notation. Fire is change, it is the transformation of the other three physical elements, which are made from the elements of the periodic table and can transform into the three states of matter.
H2 + O2 → H2O
This is the actual formula for the creation of water. You’ve got two gases that combine, that little arrow would be your sacred fire, the catalyst of transformation, and then magically (and scientifically) you get water!
Woot science!
In my pondering and trancework, I developed this sigil to begin working with the elements in this configuration:

The largest circle is air, the middle is water, and the bottom is solid.  This alludes to the density of the thing as well as moving into the transformative qualities of fire, which is represented by the line running through the other three.  Each time the circle of matter is moved, it is transformed.

Air as the Lightest State of Matter

In the western magical traditions, Air is usually associated with the east, the sunrise, the suit of swords, the color yellow, and cleverness. It the suit of intelligence and also challenges. Anyone who’s pulled the 10 of swords too many times knows all about this.

But what is Air? It is wind, cloud, and breath. It is our atmosphere, made of 78% nitrogen, 20% oxygen, and .04% carbon dioxide. It is the thin coverlet that protects all terrestrial life. It is seen as fickle, fleeting, and wild, and yet it is also the shining sky father gods of old: Zeus, Jupiter, Dyáuṣ Pitṛ́, Deiwos, Diēvas, and Týr are all deities in their own pantheons, descended from the gods of Eurasian horse riders from Central Asia.  They saw the sky as the bringer of light and warmth who allowed the herds to thrive.

Air is gas, (and you can totally insert your preferred fart joke here) which actually just means it is the most expansive of elements, rising above us.  I envision this as the largest circle in the sigil because the atoms in a gaseous state are the most expansive. They flow and move past each other, but also are compressible. We see this with things like oxygen tanks, where gas is compressed into a smaller space.

Water is the Slower Flow

Water is the element of emotions.  In the Western European tradition it is represented by the color blue, the western direction and the suit of cups.  It is the river flow that slowly melts mountains, the salty ocean from which all life emerged uncountable eons ago when minerals dissolved in water created the first RNA strands that eventually became DNA in the first stable singled celled organisms.  Water is love, motherhood, and birth.  Water is river deities from the Irish Boann to the Hindu Sarasvati who lost her river long ago. Water is Yemaya the ocean.

Water as we conceptualize it is primarily liquid.  Technically water takes all three forms, and I think there is interesting spiritual work to be found in following the transformations of H2O through ice, to river, to cloud.  But here we’re talking about liquids, and in this theological and magical framework, we can pull these two concepts apart and let them be separate and still related.

Liquid, on the other hand, is about how the atoms act.  It’s about the flow that is less expansive than air.  Water is the middle state, related to air by it’s ability to flow, and to earth by it’s inability to be compressed.  It’s heavier than air and as we know, water flows downhill.

Earth is the Stable State

Earth is solid. Reliable. Fertile. It’s dirty.  Westerners associate it with the color green, the direction north, bones, stones, and the suit of pentacles. Earth is about prosperity, money, and health.  It is the ground we walk upon, the darkness from which seeds sprout, the compost that rots us all back to humus. It is the wonder of topsoil, the minerals of stone, the calcium of our bones.  Earth is the solid form of matter. It is what happens when atoms slow down enough to crystalize.  Earth is reliable. It rarely moves. Again we have an interesting difference, because in the old system lava is still earth, but here we might conceptualize lava as liquid.  It has more in common with water and blood than it does with ice, mountains, and bones.

Fire Transforms Us All

Fire is the odd man out of the four elements. It sneaks into air, when we light incense to make smoke, and it needs earth when we light a candle made of wax and string. It is the great devourer, but cannot exist without something to eat.  Traditionally it resides in the south, as the color red and the tarot suit of wands. It’s about passion, willpower, and action.  It’s about doing and conflict.  But there is no fire element.  Fire itself is the byproduct of chemical transformation, the release of heat and light when chemical bonds are broken.  We talk about having a fire within us, and we do. Living fire in animals is carefully controlled oxygen in the body, transmitted by hemoglobin. It’s not that different from what happens when wood is burning in a fireplace even though we don’t glow with light or shoot out flames. 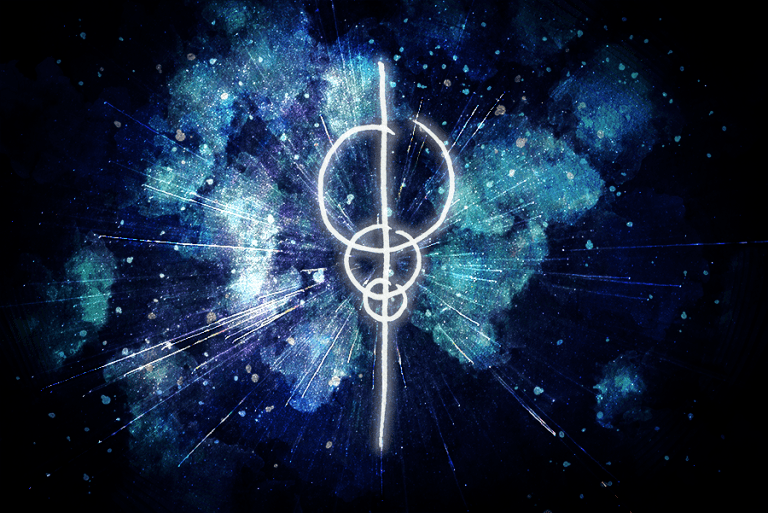 Our understanding of chemistry and physics has changed through the centuries, though our magical symbol systems have not.

This system is a different way of looking at the four elements.  All symbol systems are approximations of reality. Humans are really great at creating systems and forgetting their favorite ones were made up, just like everyone else’s. All symbols have assumptions and lead our decision-making processes.  We are a species that tells stories about reality to understand reality. I’d argue that using the latest understanding of reality to tell our stories is a good idea or at least an idea that is worth trying out. Here’s another reorganizing method by Sidney Eileen working with six elements.

Generally, when I do rituals within this system, I start with air, reaching upward. Then I move through water, then earth ever moving downward and inward in my mind and symbolism. Lastly, I honor the fire of life and transformation, which lives within us all. I call on the spirits of each of these states, and when I call on fire, I imagine all the living beings alight with the spark of chemical transformation like a starry network reflecting the night sky.

I’m an artist and a writer, and one of the hardest & slowest things I do is write articles like this. If you are interested in some weird thoughts on science-based animism for the modern era, maybe you’d like to sign up and become a Patreon. It really helps me out and allows me to keep working on these ideas.

April 23, 2021
Working with Your Local River as a Center of Local Animistic Practice
Next Post 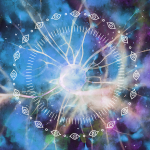 August 27, 2021 Use Science and Magic to Empower Your Practice
Recent Comments
0 | Leave a Comment
"I watched Sabrina because an ex friend constantly quizzed me on it because I was ..."
Nekoshema Watch Hilda not Sabrina if You ..."
"Please what else can you share about Suale's Daughter Ziezdre, the Baltic Female mars goddess... ..."
Jack Ingersoll The Baltic Sun Mother and her ..."
"Hi I'm Lithuanian and I'm pretty sure aušrinė is calling out to me.do you know ..."
Gabija Devotion to a Lithuanian Goddess of ..."
"I'm a bit confused - you say White Sage (Savlia apiana) is more closely related ..."
Angela M DiMare-Messier Eight Methods of Purification That Aren’t ..."
Browse Our Archives
Related posts from Dandelionlady 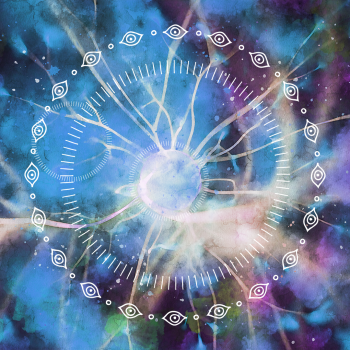