On Quitting Things (Including This Blog) 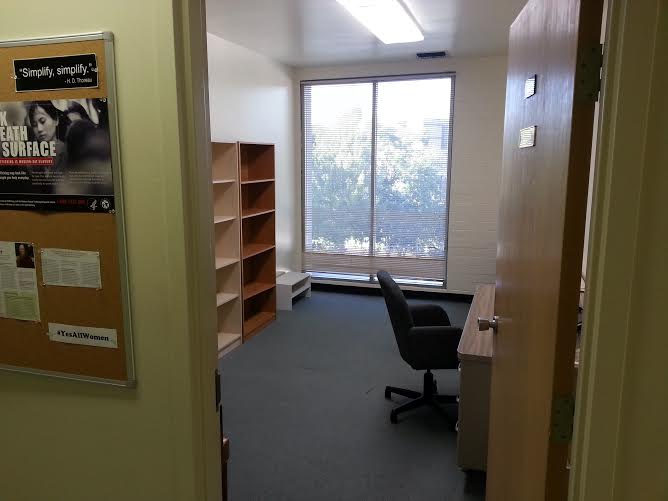 “The main thing I have done in the way of news since I last wrote was to quit the university… It’s a relief. I get disillusioned at a pace just short of geological, but I finally saw undeniably that, aside from my ‘reputation,’ the university had no use for me, and that, aside from the library and two or three people, I had no use for it. It and I are going in perfectly opposite directions — which means we’re bound to meet again, doesn’t it?” — Wendell Berry in a letter to Gary Snyder, dated January 14, 1978; reproduced in Distant Neighbors: The Selected Letters of Wendell Berry and Gary Snyder (Counterpoint Press, 2014), ed. Chad Wriglesworth, pg. 28

It’s old news at this point, but I never really came right out and declared it in blog form: I don’t work for University of the West anymore. In January of 2014, I resigned both the Chairmanship of the Buddhist Chaplaincy Department and my tenured Associate Professor position at the institution. My last day was June 13th, 2014 — about nine months ago now.

Up to now, I’ve not felt that there was really much (if anything at all) to say publicly about this. I’ve become increasingly aware, however, that just leaving it at that only stokes curiosity; people have asked and continue to ask me for further explanation. It also feels somewhat necessary to talk about now, in addressing the future of this blog. So, for the sake of anyone who’s interested, I’ll try to make myself understood. I can’t promise it will be as interesting as the many fine essays in the burgeoning canon of writing by others who have chosen to leave academia (known as “I Quit Lit”), but I’ll try.

The first thing to say is that the decision to leave UWest was a proactive one, and not a reactive one: there was no inciting incident, no explosive event, no unresolvable wedge between myself and other parties, no simmering resentments boiled over, nothing of that sort. So if you’re hoping for indiscreet tales of acrimony in higher education, you will be disappointed and ought to check out now and read something else.

The primary reasons that my incredible wife Stephanie and I decided to depart from UWest were:

All of that said, I’ve been working in higher education for my entire adult life, so obviously something shifted for me at some point as well, right? Family and friends know the score when you work in academia, and that you can’t always choose where you work, right? I worked hard and earned tenure — I wouldn’t have given that up unless I really felt like I couldn’t find what I was looking for in academia, right? There must not have been especially compelling reasons for me to stay, right?

Sure. Yup. Yes. Right. Things have changed. Walking away was not as difficult a decision for me to come to as it once might have been. While nothing drove me away, nothing really made me want to stay either. As with Wendell Berry, it has simply gotten to the point where the academy and I have “no use” for each other anymore, and I’m aware that we’re “going in perfectly opposite directions.”

Only a small bit of this has had anything to do with UWest in particular. Like any other college or university, it has its share of quirks: for those of you keeping score at home, in the decade preceding my departure the school went through (count ’em) five presidents and one interim president, which should tell you a lot about where the institution is (and isn’t) organizationally-speaking. But truth be told, every place has its dysfunctional aspects as well as its prideworthy ones (and UWest sure has a hell of a lot of the latter).

Many of the things that have made me feel most at odds with the academy are reflected at the places I’ve worked, but are by no means endemic to them. These include (but are not limited to) things like the “corporatization of higher education”, and the attendant issue of how colleges and universities are overindulging and overspending on administrators and their staff, often at the expense of nurturing and growing their teaching faculty; the adjunct faculty crisis (which has spawned a movement you’ve probably heard about at this point); the problem for full-timers of establishing and maintaining healthy boundaries and focusing on teaching when departments are not adequately staffed; inefficient organizational cultures that add to professors’ already long hours with too many meetings; overwrought and counter-productive outcomes-based assessment processes (a friend of mine at another institution got it exactly right when he said “some assessment is important, of course, but when something that is supposed to improve our relationships with our students only ends up improving our relationships with our computer screens, it’s time to rethink”); the questionably “steep discounting” of tuition at private colleges, who are trying to keep up with the public universities; “growing threats” to academic freedom; and, of course, the horrific student debt crisis.

In short, many of the problems of contemporary higher education have become difficult to reconcile with my own values. (And, yes, sorry to burst any bubbles, but these are the problems of Buddhist and Buddhist-inspired colleges and universities as much as any other accredited institutions of higher learning — they’re no different on those scores.) So, academia and I are going in opposite directions right now, though, as Mr. Berry says, that “means we’re bound to meet again, doesn’t it?”

As I indicated above, I’ve also been feeling pulled in new directions for some time. With stalwart support and gentle encouragement from my absolutely wonderful and astoundingly patient wife, I’ve decided to stop resisting their pull. Long story short, I’m now working towards a Certificate in Documentary Arts at the Center for Documentary Studies at Duke University. There I’m beginning to learn how to marry my social concerns with my love of writing and other arts in a way that not only feels incredibly meaningful to me, but makes me happy as well.

So what does this mean about my relationship to Buddhism and work around it? To be honest, I’m not sure what to say here — in part because, on this particular front, I’ve come (and am coming) to realizations much more slowly. What I can say is that at this point in my life, I identify most with the teachings of more radical Buddhist thinkers, such as Dr. B.R. Ambedkar, Ajahn Sulak Sivaraksa, and my friends at the Buddhist Peace Fellowship. “Morality is Dhamma and Dhamma is Morality,” Dr. Ambedkar writes in his masterwork The Buddha and His Dhamma. “Morality is the essence of Dhamma. Without it there is no Dhamma.” I agree, and further think that folks like Ajahn Sulak and the BPFers have offered us the most relevant and profound ways of thinking about how to act from this wisdom and challenge the frequently harmful status quo: consider, for example, Ajahn Sulak’s way of understanding the practice of the five precepts, or the BPF’s racial justice toolkit.

I can also say, as I have before at this blog, that I relate to those who find too many teachings and activities emanating from what we might call the North American Buddhist “mainstream” to be “bourgeois”; reifying attitudes and beliefs that lead to both “privileged complacency” and many Buddhist communities being “absent” from direct service efforts; actively “pushing” the “ultimate liberative goal of the Buddha’s teaching” to the sidelines in favor of a “‘feel good about yourself’ version of Buddhism”; “refashioning” the teachings so that they actually reinforce “the unwholesome roots of greed, ill will and delusion”; “gentrifying the Dharma”; and developing little more than an “Upper-Middle Way”.

Even within the world of Buddhist caregiving and counseling, I’ve had some critiques about how we tend to do things: at the Eco-Dharma Conference and Retreat this past summer, I found myself nodding vigorously when David Loy noted (to a crowd that really should have been a lot bigger) that North American Buddhists tend to be “quite good at rescuing people from drowning in the river, but not so good at asking how they got there in the first place.”

The North American Buddhist “mainstream” does not represent every Buddhist, to be quite sure, but their emphases and messages certainly dominate space and/or time in our English-language books and magazines, large gatherings and conferences, popular understanding, and so on. That may be changing, thanks to the Herculean efforts of critics and radical Buddhists like those I’ve mentioned, but…right now I just find myself longing for communities where the things that are values and priorities for me are more the rule than the exception.

So now, much like my pal Joshua Eaton (who has been both an inspiration and really such an amazing friend to me during my process of discernment), I’m…taking a sabbatical, I guess. I’m stepping back from the Buddhist community, and we’ll just see what happens. I’m grateful for all I’ve learned up to this point; am certainly not saying goodbye to my dear Buddhist friends and loved ones; and suspect that, like Joshua, I’ll be keeping an eye on the Buddhist world and writing a bit about it here and there. But, for right now, anyway, I’m taking my energies and efforts elsewhere.

All this in mind, it has seemed clear to me for a while that it would be best to turn a few things over to others — not just the Buddhist Chaplaincy Department at UWest (now in the very capable hands of my colleagues Dr. Victor Gabriel and Dr. Tina Jitsujo Gauthier), but also this blog.

Yes, I’m stepping down here as well. I’ve loved working for Patheos and sure have appreciated the platform’s ability to broadcast my thoughts out to an awful lot of people, but going forward I think this space should be used by someone(s) with something more on-topic to say. (Maybe even a woman for a change?)

I’d like to extend my thanks to everyone at Patheos, past and present, and to you, the readers. Thank you all for making my time here such a remarkable learning opportunity and a great deal of fun. You’re all the best. 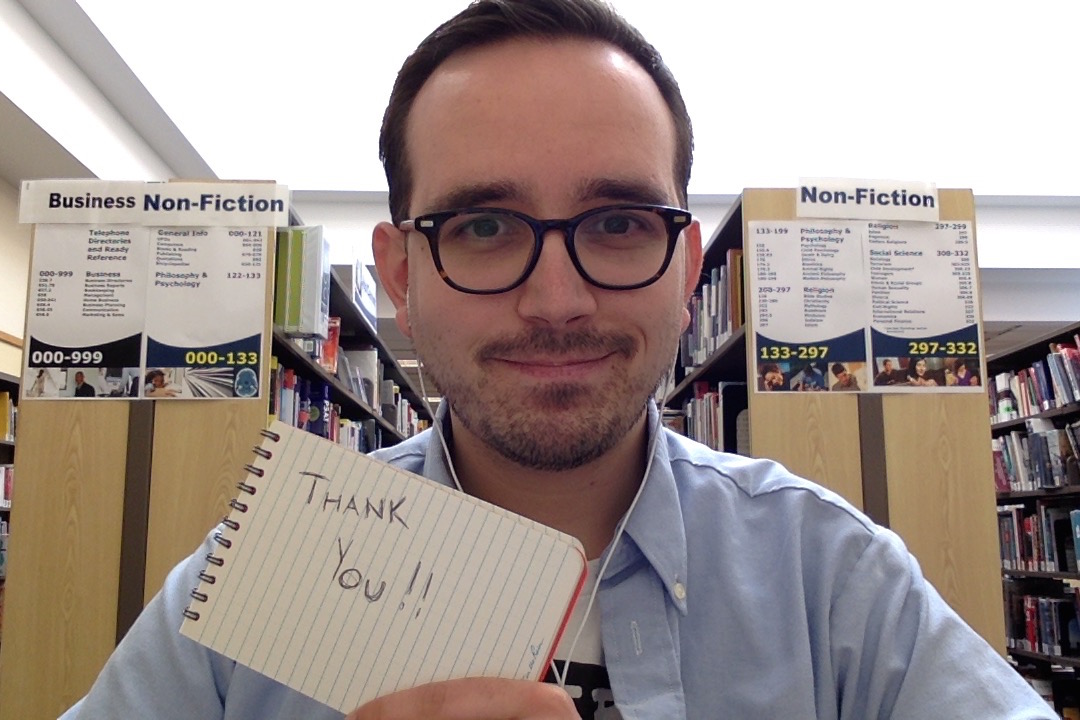 Buddhist
No. 8 (in Absentia)
Off the Cushion

Buddhist
Don't Miss Justin Whitaker's New Interview with the...
Off the Cushion
TRENDING AT PATHEOS Buddhist