Everyone saw the hilarious video of Rand Paul running away a DREAMer immigration activist at a fundraiser this week, earning him the name Run Paul, yet Paul denies this happened. According to PoliticalWire:

“Within moments of Erika Andiola introducing herself as a ‘Dreamer’ immigration activist to Paul and Rep. Steve King at an Iowa fundraiser on Monday, the Kentucky senator and likely 2016 GOP presidential candidate made a hasty exit… With a head nod from aide Sergio Gor, Paul wiped his mouth and departed while still visibly chewing, leaving behind his half-eaten hamburger.”

To which now Paul replied to Business Insider:

The funny thing about video is though, it makes pretty good evidence and Run Paul will have to do a lot more than blame his aide for running from an activist to hide from this embarrassing blunder. You can view video of the event here:

August 7, 2014
The Theory of Everything movie trailer
Next Post 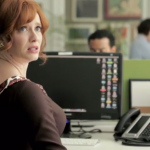