Bill O’Reilly wants you to know that white privilege is a lie, telling his viewers:

Talking Points does not, does not believe in white privilege. However, there is no question that African-Americans have a much harder time succeeding in our society than whites do.

American children must learn not only academics but also civil behavior, right from wrong, as well as how to speak properly and how to act respectfully in public. If African-American children do not learn those things, they will likely fail as adults. They will be poor. They will be angry, and they often will be looking to blame someone else. One caveat, the Asian-American experience historically has not been nearly as tough as the African-American experience. Slavery is unique and it has harmed black Americans to a degree that is still being felt today.

But, in order to succeed in our competitive society, every American has to overcome the obstacles they face. And here is where the African-American leadership in America is failing. Instead of preaching a cultural revolution, the leadership provide excuses for failure. The race hustlers blame white privilege, an unfair society, a terrible country. So the message is, it’s not your fault if you abandon your children, if you become a substance abuser, if you are a criminal. No, it’s not your fault, it’s society’s fault. That is the big lie that is keeping some African-Americans from reaching their full potential. Until personal responsibility and a cultural change takes place, millions of African-Americans will struggle, and their anger, some of it justified, will seethe.

I assume on the next episode of his show he will do the whole program in his grand dragon outfit and save us the time on whether he will go on another racist tirade. 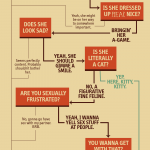