Richard Dawkins: The moderate religious open the door to extremism

In a previous post I did about Richard Dawkins and not being worried about how idiots feel about him, I made mention of Dawkins’ view towards the moderate religious and their enabling of extremism.

“It’s very important that we should not demonize ordinary, law-abiding, very decent Muslims which of course is the vast majority in this country,” Dawkins told a crowd at the Edinburgh International Book Festival in the U.K. on Wednesday.

He continued by saying, “What I do think about the difference, and let’s leave out Muslims specifically, but the difference between moderate religious people and extremist fundamentalists is that although of course it’s only a tiny minority of any sect which is ever going to get violent or horrible, there is a sense in which the moderate, nice religious people — nice Christians, nice Muslims — make the world safe for extremists.”

Dawkins stated this position creates the illusion that there is something good about religion, and I think he is correct. It is not unheard of for moderates and even liberal Christians, Muslims, etc. to reject the acts of the extremists and claim that is not “their religion” all while ignoring it very much is their religion as it follows the same doctrines and holy books.

So how does this not apply to the extremist side of the same religion? If one cannot question someone’s belief because they defend it by claiming it takes faith, how are they able to condemn someone else for saying the same thing? Using faith as a source of knowledge can lead to very extreme truth claims, and Dawkins does not appear wrong to draw a parallel between moderate and extremists beliefs based on faith.

“Once you teach people that that’s a legitimate reason for believing something then you as it were give a license to the extremists who say, ‘My belief is that I’m supposed to be a suicide bomber or I’m supposed to blow up buildings — it’s my faith and you can’t question that.’”

Dawkins noted that moderates would be horrified by this claim, and it appears some are, Billy Hallowell writing for The Blaze prefaced his article on this subject in a Facebook post by saying:

“Some people simply enjoy crossing lines into the total and utter absurd.”

The moderate Christian may condemn such action, and reject the idea their belief system could lead to such action, but as Dawkins noted in his remarks, “nevertheless it could be true.” 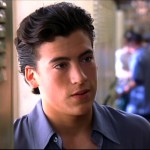 August 15, 2014
D-List celebrity starts his own cult (Video)
Next Post 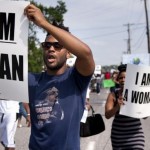 August 16, 2014 Ferguson is not about police militarization, it is about racism
Recent Comments
0 | Leave a Comment
Browse Our Archives
get the latest from
Nonreligious
Sign up for our newsletter
POPULAR AT PATHEOS Nonreligious
1