Should the US military be handing out Bibles at recruitment centers?

Should the US military be handing out Bibles at recruitment centers? August 6, 2014 Dan Arel 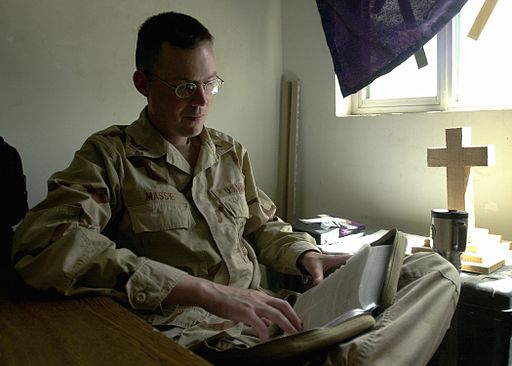 Writing for The Blaze, editor Billy Hallowell asked if Bibles have a place in the military.

I think the answer is yes and no, as I believe if a soldier wishes to bring a Bible with them to boot camp or when deployed that they of course have every right to do so.

However the military has no place in handing out Bibles to either new recruits of already enlisted men and women.

A letter that The American Humanist Association’s Appignani Humanist Legal Center sent to the U.S. General Services Administration and the National Guard, the group is demanding action against a recruitment center in Missouri that is displaying and giving away copies of The Gideon Bible.

“In July 2014, our client enlisted in the National Guard at the U.S. General Services Administration in St. Louis, Missouri.”

“During the swearing-in process, our client observed the government offering the aforementioned New Testament Bibles for free to military recruits.”

The government has two weeks from the date the letter was sent, August 4 to act by removing the Bibles or face legal action.

August 6, 2014
Just what you wanted, another atheist blog!
Next Post 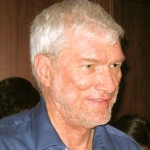 August 6, 2014 A response to Ken Ham's erroneous accusations
Recent Comments
0 | Leave a Comment
Browse Our Archives
get the latest from
Nonreligious
Sign up for our newsletter
POPULAR AT PATHEOS Nonreligious
1