Is new atheism dead and is it even a term worth saving?

Is new atheism dead and is it even a term worth saving? September 15, 2014 Dan Arel

Authors Note: This piece does not reflect my feelings anymore and I have chronicled my journey away from this way of thinking in this post.

For the lack of a better term I consider myself a “new atheist”. Along the lines of those like Richard Dawkins, Sam Harris, Christopher Hitchens and Daniel C. Dennett  (The Four Horseman) for whom the term is originally coined. I am an outspoken atheist activist who speaks out against religion and believes it causes a great deal of harm in this world.

I have a great deal of respect for all four of these men for their writing, speaking and activism, however it is not such a dogmatic respect that I simply believe and agree with anything they say, or continue to feel they necessarily have to be relevant in the atheist movement, or even a force for good.

I will not speak much of Hitchens, who having past away many years ago now is not worth mentioning to an extreme degree. He was a brilliant polemicist and arguably the most intelligent of the Four Horseman on both religion and politics. He was gravely wrong in backing George W. Bush’s decision to invade Iraq, but no one is perfect and that does not immediately ruin his legacy.

Dennett is relatively quiet and only speaks up when asks about the more recent drama, so I will not address him either.

However with those like Dawkins and Harris who are seemingly endless in their battle to tarnish the term atheism I feel the label of new atheism may need to be revisited and discussed if the term should be revived or discarded.

Harris also ignores that studies have shown that religion is not the driving force behind this extremism, and that politics is. Why continue to harp on the evils of religion if you refuse to accept the other factors involved?

Yes, I agree, Islam is a problem, as is every other religion, and Islamic groups use the Quran and religion as a motivational tool to promote and condone their extremist actions, I do not deny that Islam plays a key role in terrorism, but I cannot sit by and pretend it is the driving force. It would be irresponsible to do so, and Harris seems to ignore these facts. For someone driven by seeking scientific truths, it appears he ignores them when they are inconvenient to his goals.

Dawkins is seemingly just as guilty. Time and time again the two atheists focus on the problem of Islamic faith and never address the bigger issues. Even if we wiped Islamic beliefs off the face of the earth, terrorism against the US and its allies would continue. Sure the number of recruits could drop, given one of the best tools for recruitment would be gone, but it would not end. Because you simply do not stop fighting against what you believe to be a harmful and oppressive force simply because you lack the religious faith to do so.

I don’t usually call what Dawkins’ says Islamophobic, because I don’t think his criticism are usually far off, maybe overstated, but I don’t generally think he is degrading an entire culture, but in recent months I have a harder and harder time defending or brushing off comments by Harris, because when you tell a population that they should be fearful of Muslims, you endorse racial profiling and claim that extremism is in the millions and offer zero evidence to back up your claims, you begin to sound very xenophobic.

Not to mention Harris recent step into what many are seeing as sexism when he claims that critical thinkers are often men, or Dawkins who didn’t make any friends by claiming that there are different levels of rape or sexual molestation, or claiming that it is immoral to give birth to a child you know has Down syndrome, to his most recent statements about alcohol and false claims of rape.

I am not even looking to address if Harris or Dawkins are right or wrong in the most recent missteps, those could be whole other posts (and have been), but they can do a great deal of harm to a community that is already incredibly hated by the general population.

So is it worth saving “new atheism” or should we see the term abandoned? The media already claims the idea is dead every time Dawkins or Harris opens their mouths, but the general consensus among atheists in general never seems to reflect that.

I say yes, abandon the term new atheism, but not because it is dead, and not because Dawkins or Harris have done it damage, but because it is not new, it is simply atheism and Dawkins and Harris only speak for themselves. The atheist community is already critical when they speak wrongly, activists and authors like Greta Christina, CJ Werleman and respected journalists like Amanda Marcott who don’t fear being critical of these more famous atheists simply because we are all atheists.

Atheism as a community is sort of self-regulating, but not always in agreement. If Dawkins says something I believe is wrong, I can be sure speaking out against his statement will get me a solid weeks worth of hate-mail from his fans who simply refuse to criticize him for anything he does. This is not unique to atheism by any means; you see the same in religion and even pop-culture.

Do we declare Evangelical Christianity dead every time one of their pastors is caught in a scandal? Of course not, because we know religion is bigger than one single person, yet we assume atheism’s future revolves around four guys who made became the most famous.

New atheism is far from dead because it is a term to simply describe vocal atheists who came out of the closet after 9/11 and attacked religion around the world like it had not seen in the past, but it also is not a term one needs to simply identify with. Outspoken atheism, quiet atheism, whatever kind of atheist you are, you are an atheist, there is no real need to distinguish, you can easily say, “I am an atheist and does not like Richard Dawkins,” and be no less of an atheist than someone who agrees with Dawkins unquestioned.

So I opened by saying I am a new atheist for a lack of a better term, but I conclude in saying we do have a better term, and that term is simply atheist. I am an atheist, just as many of you, and just as in every other community of people in the world, we will agree and disagree, and not be any less of an atheist because of it.

Authors Note: This piece does not reflect my feelings anymore and I have chronicled my journey away from this way of thinking in this post. 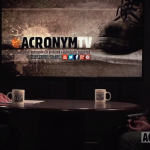 September 14, 2014
My thoughts on atheist oppression in the US and Atheist TV
Next Post 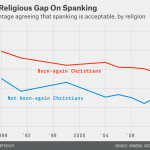 September 16, 2014 Studies show spanking is harmful and it is time for the US to ban it
Recent Comments
0 | Leave a Comment
"Tom Hughes --- Gee, you're clearly quite intelligent. I bet you're in Mensa. The MAJORITY ..."
markinator Clarification on the now viral Wisconsin ..."
"Source in the Constitution?Again, you have not replied to my argument about any "except for" ..."
Alonzo Donald Trump vowed to destroy the ..."
"Tom, I gave explicit instances when getting ID and registering to vote might be difficult. ..."
Annerdr Clarification on the now viral Wisconsin ..."
"You do realise that the only person we've seen throw the word nazi around is ..."
TheMarsCydonia The Danthropology blog is moving on
Browse Our Archives
get the latest from
Nonreligious
Sign up for our newsletter
POPULAR AT PATHEOS Nonreligious
1