My evolving views on Islam, terrorism, and the Middle East

After 9/11 I knew there was one thing to blame; Islam. The barbaric religion and the evilness of the Quran gave rise to extremism; it’s all there in writing. So let’s blame Islam and work to destroy it before they take over the world.

Boy was I wrong. But I need to explain in better detail because I don’t fall so easily into the camps of the extremist position that Islam is to blame, but I also don’t fall so far into the left that I absolve them of any guilt or think we should avoid criticizing Islam for fear of being Islamophobic.

Islam and its faults

Islam is guilty of many things; the religion has given rise to and brought justification to honor killings, female genital mutilation, the systematic oppression of women’s rights and sharia law. The religion has been used as justification for many horrendous actions around the globe. Some can argue this is “not true Islam” however I don’t fall for the no-true-Scotsman fallacy.

The religion and its texts justify many of the actions we see, or at least can be so easily interpreted to do so.

I also don’t think the argument that “that’s not my Islam” or saying extremists are only lying to use Islam as a tool is not a justified argument either. I think moderate Muslims would be better served to accept these extremists are using their holy books as justification and speak out against it and be a different face of Islam, instead of simply condemning the actions and pretending the fundamentalist view of their religion can justify many of these atrocities. Criticize your holy book and stop being afraid to say the authors are wrong or that not all the teaching apply to the modern world we are living in.

We hold Christianity to this standard. We point out Christian abortion bombers and recognize they are religiously motivated to do these actions, even when moderates try to claim they are not “true” Christians, we hold them accountable.

I do believe Richard Dawkins is correct when he says that moderate believers give justification to the extremists when they rely on faith as an epistemology:

“Once you teach people that that’s a legitimate reason for believing something then you as it were give a license to the extremists who say, ‘My belief is that I’m supposed to be a suicide bomber or I’m supposed to blow up buildings — it’s my faith and you can’t question that.’”

The first problem to tackle isn’t religion per-say, it is faith and our (atheists, secularists, free thinkers, etc.) mission should not be to eradicate religion but to eradicate faith based thinking. We have to address how people think and what they accept as true and false. If you can hide behind faith unquestioned, then others must be granted the same benefit and that line of thinking has dangerous consequences.

American imperialism and the rise of radical Islam

Muslims attacked us on 9/11, Al-Qaeda is an Islamist extremist group, and they use their faith to justify their actions. Yet that does nothing to explain why they attacked the US on 9/11.

It seems too many atheists like Richard Dawkins and Sam Harris want you to believe they were religiously motivated, but that facts do not back up their claims.

In a piece published on AlterNet, author CJ Werleman points out that, “Science says more than 95 percent of terrorist attacks are motivated by politics and revenge.”

To corroborate this statement, he points us to a study conducted by Flinders University in Australia. The Suicide Terrorism Database finds that:

“…though religion can play a vital role in the recruitment and motivation of potential future suicide bombers, their real driving-force is a cocktail of motivations including politics, humiliation, revenge, retaliation and altruism. The configuration of these motivations is related to the specific circumstances of the political conflict behind the rise of suicide attacks in different countries.”

These findings, as Werleman points out are supported by another study by the University of Chicago’s Project on Security and Terrorism, as Werleman highlights in the study:

“Their research reveals that more than 90 percent of suicide attacks are directed at an occupying force. Of the 524 suicide terrorists carried out in the past 30 years, more than half of the attackers were secular. Let that rock your worldview.”

Yet right-wing conservatives and many atheists seem to be foaming at the mouth to attack Islamic militant groups with force. The very action that studies have shown is the reason these groups exist in the first place.

The Islamic religion is used to recruit and motivate, the religion is full of text giving this justification and can be seen to even compel a would-be terrorist that it is their religious duty to carry out these actions.

However, we cannot pretend that Muslims were sitting in the Middle East reading these texts and decided to fly planes into US buildings because we refused to follow Islamic law, or that our women wear short skirts and drive cars.

Again, Werleman noted in an earlier piece on ISIS:

“Our overthrow of Saddam and the de-Baathification of the Iraqi government put more than 1 million Sunni Iraqis on the streets, and pushed another several million into the refugee camps of neighboring Sunni states. Thus the genesis of ISIS.”

And he continues on American actions in the Middle East:

“To maintain control of the Middle East’s cheap oil supplies, we have engaged in industrial slaughter. To achieve our ends, we have propped despotic regimes and brutal dictators, overthrown democratically elected governments, and waged three wars in two decades on Muslim soil. All while we fund and are complicit in Israel’s illegal occupation and theft of Palestinian land.”

Unfortunately we have given extremism far too many reasons to hate us and want to take a stand against our actions. This is not a justification for these actions, 9/11 and any terrorist attack, especially one that involves innocent civilians is flat our horrific, but we have to keep in mind that many terrorist attacks are towards strategic military targets, and while I also offer no justification for those actions, they are in their own sense military actions against an occupying force.

Is there a solution?

Sure, I don’t have a simple one though, if I had the solution I would not be writing here but most likely working for the US government, but what I do know is that we cannot solve a problem by the same means that created them.

The United States cannot be and will not be the solution to the Middle East instability. As Jeffery D. Sachs at Columbia University notes:

“The US cannot stop the spiral of violence in the Middle East. The damage in Libya, Gaza, Syria, and Iraq demands that a political solution be found within the region, not imposed from the outside.”

“The countries of the Middle East have a common interest in starving hyper-violent groups like the Islamic State of arms, money, and media attention. They also share an interest in keeping oil flowing to world markets – and in capturing the bulk of the revenues.”

Sachs points out these measures will not immediately end all violence in the region, there are countless issues that will keep the violence raging in one way shape or form, but that a hands off approach from outside forces will offer better hope of long term peace because the countries involved have a vested interest in ending the fighting.

So let’s take off the blinders and stop pretending the answer to ending violence in the Middle East and Islamic terrorism is ending Islam. It’s not. Ending bad and oppressive foreign policy and ending what seems like a never-ending occupation of countries that do not want us in the first place. That is the path towards peace. Islamic extremism, at least to the extent we see it now will flame out when the oxygen it needs to survive is cut off. 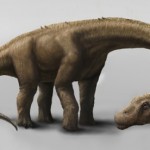 September 4, 2014
I wonder how this battleship sized dinosaur fit on the ark?
Next Post 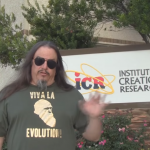 September 5, 2014 Help The Ra-Men Podcast and Aron Ra spread science education around the US
Recent Comments
0 | Leave a Comment
Browse Our Archives
Follow Us!

Dr. Fauci Fired And Replaced By...
Laughing in Disbelief
Related posts from Danthropology