Studies show spanking is harmful and it is time for the US to ban it September 16, 2014 Dan Arel

I know very little about the case of an NFL player hitting their child, I have seen the photos in articles and it disgusts me that a grown person thinks it is ever okay to do that to a child, especially when you are the size of an NFL player. Not that ones size makes abuse any different, but to know you are a massive, strong person, and then unleash that strength upon a child, you are a vile human being.

But leaving the NFL behind, and looking only at the action of spanking, what is one to do? It is not uncommon in the US to hear of parents spanking their children, I was spanked, I know friends who spank, and I fully disagree with their decision to do so.

If my friend does something wrong, even terrible, it is illegal for me to hit them, it is assault and I can be jailed for it. Yet if my child eats a cookie when I tell them not to, I am legally permitted to hit them, or spank them as we call it because hitting sounds too violent. Yet there is no difference between hitting and spanking a child.

The defense in spanking is that by doing so you teach your child to stop an action you no longer want them to do. Spankers believe that the pain of being hit will remind them to listen and obey. But is this true?

No, it does not work, according to research done by Yale University psychology professor and director of the Yale Parenting Center and Child Conduct Clinic, Dr. Alan Kazdin.

You cannot punish out these behaviors that you do not want,” says Kazdin, speaking to the American Psychological Association. “There is no need for corporal punishment based on the research. We are not giving up an effective technique. We are saying this is a horrible thing that does not work.”

Even more so, there is evidence that spanking actually causes harm. Even cause The United Nations Committee on the Rights of the Child issued a directive in 2006 to call physical punishment “legalized violence against children,” and urging the practice be eliminated through legal and educational process.

Thirty countries around the world have banned spanking in all settings. These countries do not use the bans as threats against parents, but as tools to educate parents about better ways to discipline a child. Often, parents use physical punishment as a way to train a child, but if it doesn’t work, the parent then escalates the punishment and can cause even more severe physical and psychological damage.

In his book The Primordial Violence, Murray Straus says that spanking does correct behavior, but further explains:

“Research shows that spanking corrects misbehavior. But it also shows that spanking does not work better than other modes of correction, such as time out, explaining, and depriving a child of privileges. Moreover, the research clearly shows that the gains from spanking come at a big cost. These include weakening the tie between children and parents and increasing the probability that the child will hit other children and their parents, and as adults, hit a dating or marital partner. Spanking also slows down mental development and lowers the probability of a child doing well in school.”

“More than 100 studies have detailed these side effects of spanking, with more than 90 percent agreement among them. There is probably no other aspect of parenting and child behavior where the results are so consistent.”

With such research and a huge understanding of spanking why is it still condoned in the US as a valuable practice?

While most religious parents do not go as far as To Train Up a Child suggests, the practice is highest among born-again Christians, according to research shown by FiveThirthyEight:

They also show that spanking is associated with your demographic location in the US, and it is most likely no coincidence that Christian beliefs align much the same in these areas:

As well as political beliefs:

So really, is it any surprise the practice is still condoned in the US where the religious majority endorses the practice? Would it be going too far to speculate that a campaign in congress to end physical punishment would be met with cries of religious persecution?

We have a duty to protect children, and knowing that physical abuse is not only painful and unnecessary but also psychologically damaging, we must act and bring this practice to an end.

Subsequent to its appearance here, this article was published on: 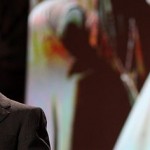 September 15, 2014
Is new atheism dead and is it even a term worth saving?
Next Post 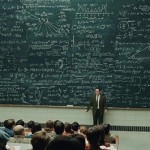 September 16, 2014 Climate science is missing in the US educational system
Recent Comments
0 | Leave a Comment
"Tom Hughes --- Gee, you're clearly quite intelligent. I bet you're in Mensa. The MAJORITY ..."
markinator Clarification on the now viral Wisconsin ..."
"Source in the Constitution?Again, you have not replied to my argument about any "except for" ..."
Alonzo Donald Trump vowed to destroy the ..."
"Tom, I gave explicit instances when getting ID and registering to vote might be difficult. ..."
Annerdr Clarification on the now viral Wisconsin ..."
"You do realise that the only person we've seen throw the word nazi around is ..."
TheMarsCydonia The Danthropology blog is moving on
Browse Our Archives
get the latest from
Nonreligious
Sign up for our newsletter
POPULAR AT PATHEOS Nonreligious
1