There was a lot of controversy this week over Ayaan Hirsi Ali speaking at Yale University. Originally Yale’s Muslim Students Association (MSA) spoke out against Hirsi Ali speaking claiming she lacked the credentials to speak on Islamic matters.

This came as no surprise given that Hirsi Ali is critical of Islam and the MSA would want to do everything to silence any speech that criticized their faith. What did seem to shock everyone, as JT Eberhard points out, was to see the Yale Humanists, Atheists, Humanists and Agnostics take the side of the MSA in silencing a religious critic.

Muhammad Syed, the co-founder and Executive Director of Ex-Muslims of North America wrote an open letter to the humanist group on The Friendly Atheist:

There is no doubt that Hirsi Ali has made comments that are often deemed inflammatory to Muslims. Although I find myself often disagreeing with her stances, I admire her courage and stamina. No one has shed light on the barbaric practices continued in the name of Islam as forcefully as she has. The fact that she is one of the only ex-Muslims speaking out about these kinds of practices is not evidence that the abuse is rare or confined to small fundamentalist communities. Rather, it is evidence of the censure and targeting of those who are willing to speak frankly about Islam and demand change in the Muslim world.

Alex Chituc from Non Prophet Status says this is not an issue about free speech however, in a recent blog post:

Some people think any type of speech should be allowed on a college campus. Other people, including myself, and presumably the students in the 35 student groups who signed the MSA letter, think that as well as an academic institution, for four years, universities are our homes, and that people have the right to not feel persecuted in their own homes.

So according to Chituc the school should make sure no students ideas are ever questioned, they should not feel persecuted, but who decided that being told your ideas are bad is persecution?

I sure hope Yale never has a guest speaker who is critical of socialism because we don’t want the minority group of socialists at the university to feel persecuted for having unpopular ideas!

It is shameful as Syed points out that a humanist group worked so hard to try and silence a voice in what is another attempt by faitheist movement to pander to religious belief. The faitheist movement (I have a hard time actually calling this humanism) has joined the ranks of the majority of fighting to silence religious criticisms.

At best, all you can really criticize anyone who signed that letter for is wanting every student at Yale to feel welcome and safe, even the religious ones, and at worst, for disagreeing about how to handle speech directed to marginalized groups on college campuses.

However, her speech was directed at those in attendance, and if members of the MSA or any other group do not want to hear what she has to say, they can simply not attend. Pretending that speech against your belief system is persecution is ludicrous and the Yale Humanists, Atheists, Humanists and Agnostics should be ashamed to not understand this. 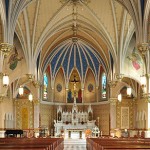 September 17, 2014
Stop trying to replace religion and instead make humanism something more
Next Post 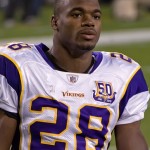 September 18, 2014 The right is now trying to silence spanking critics
Recent Comments
0 | Leave a Comment
Browse Our Archives
get the latest from
Nonreligious
Sign up for our newsletter
POPULAR AT PATHEOS Nonreligious
1