You don’t have to be a faitheist to support interfaith activism September 8, 2014 Dan Arel

An argument has been made on a fellow Patheos blog that firebrand atheism has distanced itself from allies in the struggle to solve social justice issues. The solution, writes the author is a more tone down atheism that is more inclusive of religious belief and does not attack the religious allies for their belief; a term more frequently known now as “faitheist”.

This is not only wrong, but it is insulting. To imply, no matter how accidental (and I don’t think it is any accident), that antitheists cannot solve social justice issues alongside the religious allies simply because we do not respect the allies religious beliefs is ludicrous.

I am outspoken and unapologetic in my activism, I do believe religion is a stain on human existence and that humanity will improve greatly upon its demise, or at the very least when it becomes a fringe minority belief system that no longer dictates much of the worlds politics and actions.

Yet I have very close allies who are religious, and we may disagree greatly on the use and place religion holds in society, but we have many common goals and we are able to put aside our differences and work towards making others lives better. We simply leave our differences at the door and work together.

When we solve poverty, child abuse, equality, etcetera, we can then tackle the massive differences we have, but I am not going to change my views and become a faitheist simply because there are good religious people who are willing to fight to solve social justice issues.

The author is actually doing nothing more than attacking a strawman, saying:

“[…] But I think it’s a shame that, on topics of social justice, firebrand atheists have distanced themselves from so many allies for so long.”

Who is doing this? In the post he goes out of his way to mention famous firebrands like Richard Dawkins and Christopher Hitchens, but both are more than willing to work with religious groups and organizations to reach common goals and neither have said otherwise to my knowledge.

One of the most firebrand atheists I know is David Silverman, the president of American Atheists and I know that he is ready and willing to work with those of faith to solve social justice issues.

Instead, when working with religious groups, you simply work on the task at hand; it is not the time to debate your beliefs, but a time to help others.

Yet because a few bad apples on Twitter or MySpace (as the author uses for an example) like to tell religious people off and not work with them, suddenly that’s the status quo for firebrand atheism?

I am not sorry that I am unwilling to pander to religious beliefs and offer faux respect for ideals I feel are consequentially harmful for society, and I am honest about my position and if faith groups don’t want to work with me on social justice issues because of my views towards religion, that is them rejecting me, not the vice-versa, it is not my job to cater to the majority and make them feel welcome in the social justice struggle.

I must assume some will disagree with my assessment of faithiests but also firebrand atheists, so please let me know your thoughts in the comments below. 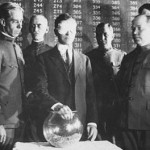 September 8, 2014
Is a military draft the moral thing to do?
Next Post

September 9, 2014 Signed copies of Parenting Without God
Recent Comments
0 | Leave a Comment
Browse Our Archives
get the latest from
Nonreligious
Sign up for our newsletter
POPULAR AT PATHEOS Nonreligious
1