A man described as a “religious zealot” attacked and nearly beheaded an acquaintance after watching online videos “related to his Christian beliefs and the Book of Matthew,” Oklahoma police said.

Isaiah Marin was said to be watching these videos in an apartment with his brother and the victim when Marin picked up a sword and began swinging it around.

After warning from his brother to be careful, Marin then stabbed 19-year-old Jacob Crockett in the chest, and according to Marin’s 911 call he said, “I hacked them to death with a machete.”

According to Marin’s brother, the suspect had argued with Crockett in the past due to Crockett’s interest in witchcraft and that Marin “had strong Christian beliefs.”

Marin fled the scene on foot and was found by police covered in blood and holding a long knife.

Police said this was not related to the recent beheading by a Muslim convert at an Oklahoma food plant.

Yet immediately after the beheading by a Muslim in Oklahoma many started blaming religious immediately, without evidence (and no evidence supports to this day that the attack was religiously motivated) and demanded that the Muslim community take action.

Patheos blogger Rebecca Hamilton even posted a purely ignorant list of “what she knows” about the attack blaming Islam, Satanism and then decries anyone in the media who don’t blame Islam.

Yet she and others (like Fox News) who are quick to blame Islam for any and all violence have so far been totally silent about this Christian who attempted to behead a “witch”. Why is that? Is this simply more double standards from the Christian community? No cries of terrorism? 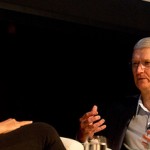 October 30, 2014
Tim Cook mentioned God when coming out, get over it
Next Post 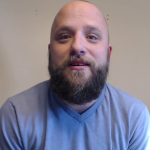 November 1, 2014 Be Secular wants to get you into the 2015 American Atheists Convention
Recent Comments
0 | Leave a Comment
"Tom Hughes --- Gee, you're clearly quite intelligent. I bet you're in Mensa. The MAJORITY ..."
markinator Clarification on the now viral Wisconsin ..."
"Source in the Constitution?Again, you have not replied to my argument about any "except for" ..."
Alonzo Donald Trump vowed to destroy the ..."
"Tom, I gave explicit instances when getting ID and registering to vote might be difficult. ..."
Annerdr Clarification on the now viral Wisconsin ..."
"You do realise that the only person we've seen throw the word nazi around is ..."
TheMarsCydonia The Danthropology blog is moving on
Browse Our Archives
get the latest from
Nonreligious
Sign up for our newsletter
POPULAR AT PATHEOS Nonreligious
1