I joked last week on Twitter that Ken Ham believes he is smarter than Stephen Hawking.

Well this week, Ray Comfort has decided that he is. On his weekday video program The Comfort Zone, Comfort claimed Hawking cannot be one of the most brilliant men alive because:

“The Bible says he is a fool.”

This comes after Hawking finally admitted after all these years that he is of course an atheist, sparking Comfort to rail against Hawking who is arguably the smartest man alive today, saying:

“You know, if we disagree with the Bible, when someone says, ‘I’m an atheist,’ they’re saying, ‘I’m a fool,” Comfort added. “They’re saying nothing created everything, which is just ludicrous intellectual suicide. The Bible says he who denies God’s existence is a fool, and if we say the guy is intelligent, then we are denying what scripture said.”

Comfort continued on to using the old and tired airplane argument (airplanes are not built by chance), “Everything, the wings, all fell into place without a designer. That is ludicrous.”

This is of course just an obvious ignorance of the universe, but Comfort is banking on the fact that his viewers are simply unaware of how ignorant this argument actually is.

Sorry Ray, the village idiot doesn’t get to call anyone a fool. 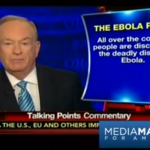 October 3, 2014
Video: Bill O'Reilly suggests we round up all immigrants and quarantine them
Next Post 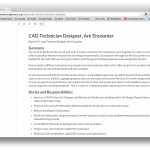 October 7, 2014 Ken Ham's Ark Encounter tax incentives in jeopardy over hiring discrimination
Recent Comments
0 | Leave a Comment
"Tom Hughes --- Gee, you're clearly quite intelligent. I bet you're in Mensa. The MAJORITY ..."
markinator Clarification on the now viral Wisconsin ..."
"Source in the Constitution?Again, you have not replied to my argument about any "except for" ..."
Alonzo Donald Trump vowed to destroy the ..."
"Tom, I gave explicit instances when getting ID and registering to vote might be difficult. ..."
Annerdr Clarification on the now viral Wisconsin ..."
"You do realise that the only person we've seen throw the word nazi around is ..."
TheMarsCydonia The Danthropology blog is moving on
Browse Our Archives
get the latest from
Nonreligious
Sign up for our newsletter
POPULAR AT PATHEOS Nonreligious
1