Secularism is on the rise as more and more adults abandon church October 25, 2014 Dan Arel

There is good news coming from a new study from the Barna Group, as it appears fewer and fewer Americans are finding the need to attend church, even if they are religious. 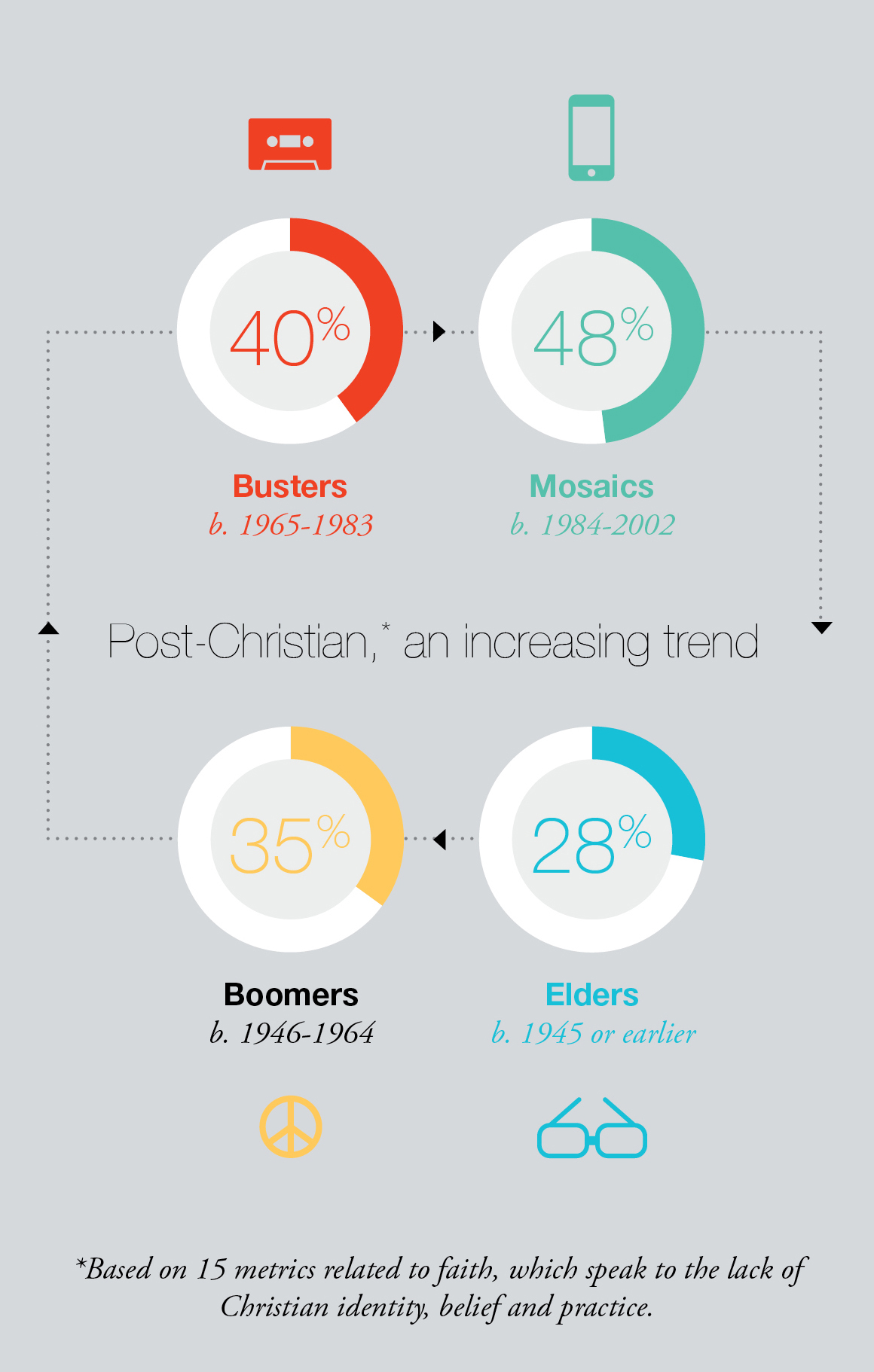 According to the study:

Nearly two-fifths of the nation’s adult population (38%) now qualifies as post-Christian… That includes 10% of Americans who qualify as highly post-Christian. Another one-quarter is moderately post-Christian (28%). Examined over time, our research shows that the proportion of highly secularized individuals is growing slowly but steadily.

This is a massive step forward for secularism, even if these people are still religious. Hemant Mehta over at the Friendly Atheist may have said it best:

I’m thrilled — because even if a lot of the churchless are Christians, they’ve already taken the first step in loosening religion’s grip on their lives.

One reason people are abandoning churches according to the study is more people are skeptical of the churches contributions to society:

When the unchurched were asked to describe what they believe are the positive and negative contributions of Christianity in America, almost half (49%) could not identify a single favorable impact of the Christian community, while nearly two-fifths (37%) were unable to identify a negative impact. Of those who could identify one way Christians contribute to the common good, the unchurched appreciate their influence when it comes to serving the poor and disadvantaged (22%), bolstering morals and values (10%) and helping people believe in God (8%).

49% could not name a positive contribution from the church and only 22% found that the church was contributing to helping the poor. An odd percentage since poverty is the number one issues covered in the Bible.

I am a supporter of community and understand peoples need for a sense of community, but churches in the US are becoming less and less about helping communities and each other and seem to be increasingly about hostility towards other non-church groups, especially those of other or no religion.

This poll does little to shock me as, just as the poll shows, church going is becoming increasingly less mainstream:

Churchgoing is slowly but incontrovertibly losing its role as a normative part of American life. In the 1990s, roughly one out of every seven unchurched adults had never experienced regular church attendance. Today, that percentage has increased to nearly one-quarter. Buried within these numbers are at least two important conclusions: 1) Church is becoming increasingly unfamiliar to millions of Americans, and yet 2) the churchless are still largely comprised of de-churched adults. 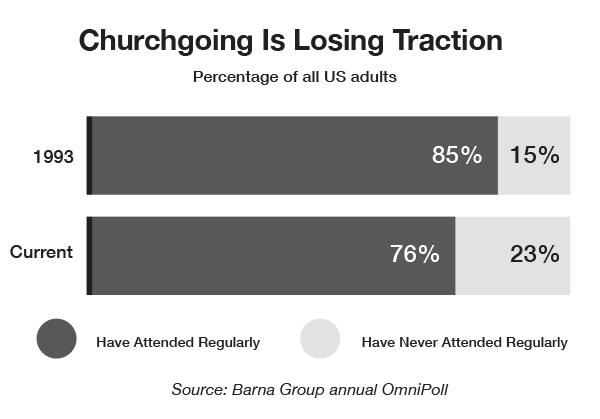 Secularism is on the rise, marriage equality has almost overnight swept into a majority of US states, humanists, atheists and secularists are regularly giving invocations before government meetings, and while there is still a lot of work ahead, this growing trend of people leaving the clutches of church behind, this leaves me feeling rather positive about our future. 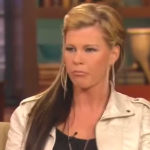 October 25, 2014
Pat Robertson touts a 'praying atheist' and no one questions her sincerity?
Next Post

October 27, 2014 Creationists are planning to hold a workshop that links Hitler to evolution
Recent Comments
0 | Leave a Comment
"Tom Hughes --- Gee, you're clearly quite intelligent. I bet you're in Mensa. The MAJORITY ..."
markinator Clarification on the now viral Wisconsin ..."
"Source in the Constitution?Again, you have not replied to my argument about any "except for" ..."
Alonzo Donald Trump vowed to destroy the ..."
"Tom, I gave explicit instances when getting ID and registering to vote might be difficult. ..."
Annerdr Clarification on the now viral Wisconsin ..."
"You do realise that the only person we've seen throw the word nazi around is ..."
TheMarsCydonia The Danthropology blog is moving on
Browse Our Archives
get the latest from
Nonreligious
Sign up for our newsletter
POPULAR AT PATHEOS Nonreligious
1