Tim Cook mentioned God when coming out, get over it

Yes, today Apple’s CEO Tim Cook came out publicly as gay. Though never shy from admitting his sexual orientation to friends, family and colleagues this is the first time Cook has publicly come out. Saying in an Op-Ed for Bloomberg:

“So let me be clear: I’m proud to be gay,” he then continued, and I consider being gay among the greatest gifts God has given me.“

This seems to have irked a few atheists around the Internet. Mostly this came from Twitter users who just wanted to complain that Cook acknowledged God, or some wondering how a gay man can believe in God when most religions shun him for his sexual orientation, but even Jerry Coyne got involved writing on his blog titled, The good news and the bad news:

Why did he have to mess it up with that God stuff?

Mess it up? Was he not supposed to mention it out of some sort of coming out protocol? I may not agree with Cook that God gave him anything, seeing as how God doesn’t exist, but when I read his Op-Ed I didn’t even pause at the mention of God because I was reading one the most powerful CEOs in the US coming out letter, and for a CEO to be openly gay in the US is outstanding and very rare.

So the question isn’t why did he mess it up with “that God stuff,” but why are we messing it up by caring about that? 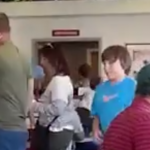 October 29, 2014
Christian man starts yelling after being asked to close a restaurant door (video)
Next Post 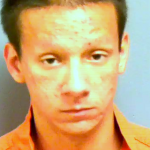