In the last two months, the City Councils of Springfield, MO and Fayetteville, AR voted to expand their anti-discrimination ordinances to include sexual orientation and gender identity. A shining moment for proponents of human dignity, now cue the right-wing Christian outrage.

In Fayetteville, the conservative group Family Council warned, “The ordinance makes it possible for businesses to face criminal prosecution if suspected of discrimination. Even if the allegations turn out to be totally false, a business might still be forced to spend thousands of dollars defending itself in court.”

There are exceptions in each ordinance for religious institutions or businesses that cater to a particular religion. Nobody is curtailing the right of conservative Christians to hold these beliefs, but the ordinances do curtail their ability to act on their beliefs outside of their own particular institutions. This is the core protest, the ability to act. It raises an interesting question; to what extent should private individuals and business owners be allowed act on their beliefs?

If I am a conservative, fundamentalist Christian, it is very likely I believe homosexuality is an abomination to God (Lev 18:22,20:13). If I am also a business owner (a florist for this scenario), I may be asked to provide service to a same-sex wedding. I feel that by providing service to something that is an affront to God that I will be condemned to hell. What if I find out an employee of mine is gay? This is precisely the issue John Lindell, pastor of James River Assembly in Springfield, raises on the Missouri Family Policy Council website, “Forcing Christians to hire homosexuals and transgender employees may put them in a situation of tacitly endorsing conduct the Bible clearly denotes as sinful behavior or be charged with criminal wrongdoing. ”Should I, the hypothetical florist, be forced to accommodate homosexuals and in doing so face eternal damnation?

The “you are discriminating against my right to discriminate” argument may seem laughable, but it is important to remember that conservative Christians like Lindell unequivocally believe that by even tolerating the LGBT community they face the wrath of God.

Of course, the other side of this is that religious belief is protected from discrimination while demanding the right to discriminate. If I were an atheist and a florist, I could not refuse service to a Christian wedding simply because they were Christian (or Muslim, Jews, etc.). I could not fire an employee for being a fundamentalist Christian.

If one group can discriminate based on their feelings, should I not also have that right? After all, not allowing me to do so impedes my right to practice my beliefs in the marketplace.

The simple fact of the matter is that demanding the ability to discriminate while enjoying immunity from discrimination is bold-faced hypocrisy. It is privileged bigotry. It is disgusting. If my hypothetical atheist florist fired an employee for being a Christian, most Christians would rightfully be outraged. If a Christian were denied service at a restaurant for praying in public, there would be riots in the streets. It is doubtful that many conservative Christians would support the repealing of protections based on race, since race is something one cannot choose.

Despite the fact that there are plenty of studies showing that homosexuality is not a choice either, the Christian right still views homosexuality as a lifestyle choice they cannot accept or tolerate. Last time I checked, one of the central tenets of Christianity is choosing to accept Jesus Christ as your lord and savior. Even if homosexuality is a choice, which it’s not, being a Christian definitely is a choice. So why discriminate against one choice, but demand protection for another?

Whatever the reason for demanding the right to discriminate, the conservative Christian right has the numbers and the money to easily enforce their ideology at the local level. Springfield mega-church James River Assembly (Assemblies of God), which opposes the anti-discrimination ordinance, boasts a weekly attendance of 12,000 people. They have their own bank, Assemblies of God Credit Union, and even have weekly armored car service! (I cannot say what company or how I know) In Fayetteville, local residents Jim-Bob and Michelle Duggar (yes, the 19 Kids and Counting people) donated ten thousand dollars to the re-election campaigns of three most vocal opponents of the anti-discrimination ordinance. Michelle Duggar recorded a robo-call encouraging residents to oppose the ordinance, using her star power to advance prejudice. (Via Fayetteville Flyer)

Barring any change to national or state law, the outcome of this on-going battle will ultimately depend on local voters. If you are a member of the LGBT community in the Bible belt, things do not bode well for your civil rights.

In closing, since I am a resident of Springfield, allow me to address the right-wing conservative Christian voter directly:

While nobody can prevent you from believing what you want, you have no right to act on those beliefs should they negatively affect another person. Instead of being responsible, loving and productive members of the community, you hide behind your own hubris. By voting away the rights of others, you seek to create a monotone world that conforms to your prejudice.

You are not living for God; you are living to serve your own selfish feelings. I can only hope for your sake that should you ever find the tables turned, with LGBT persons voting on whether or not to impede your civil rights, that those voters will remember the words of your savior who, dying on the cross, sided with compassion and said, “Forgive them, for they know not what they do.” (Luke 23:34) 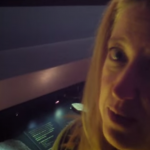 November 29, 2014 Guest Post: The 'S' word and why conservatives hate affordable healthcare
Recent Comments
0 | Leave a Comment
"Tom Hughes --- Gee, you're clearly quite intelligent. I bet you're in Mensa. The MAJORITY ..."
markinator Clarification on the now viral Wisconsin ..."
"Source in the Constitution?Again, you have not replied to my argument about any "except for" ..."
Alonzo Donald Trump vowed to destroy the ..."
"Tom, I gave explicit instances when getting ID and registering to vote might be difficult. ..."
Annerdr Clarification on the now viral Wisconsin ..."
"You do realise that the only person we've seen throw the word nazi around is ..."
TheMarsCydonia The Danthropology blog is moving on
Browse Our Archives
Follow Us!