Ken Ham is pissed. His genocidal themed ark park is still in danger of losing an 18 million dollar tax incentive thanks to the exposure of his discriminatory hiring practices that was discovered right here on this blog.

Yet, instead of fixing his illegal hiring practices, he is resorting to childish tantrums and name calling, saying on his blog:

Anti-Christian groups and the secular media have launched a massive propaganda war (continuing to this day) in their attempt to undermine the Ark Encounter.

Yet this “propaganda” has been proven time and time again, even getting the attention of the Kentucky Tourism Board. Yet Ham continued:

Now, we do answer the lying critics as we are able. But we don’t allow their opposition to be a distraction in building the life-size, evangelistic Ark. We keep our focus on the fact that the Ark will be one of the greatest witnessing outreaches of our time!

Lying? Again, the evidence was sent to the Kentucky governor and they state agreed that Ken Ham was breaking the law. And then to call this for-profit business a “witnessing outreach” and then wonder why secularists are up in arms that he is applying for tax incentives is simply astounding.

Is someone here lying? Yes, and that would be the man who is abusing his non-profit business to hire employees for his for-profit business, the man who is telling taxpayers he is not taking 18 million dollars away from them, and the man who when backed into a corner simply cries persecution and ignores the very secular laws he is breaking. That man is Ken Ham, one of the most dishonest and immoral people I have ever had the unpleasant privilege of interacting with.

The proof is in the pudding Ken, you have been caught time and time again and continue this facade. When is enough, enough? 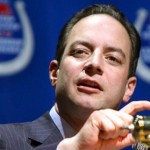 November 6, 2014
GOP chair says he is unwilling to work with Obama
Next Post 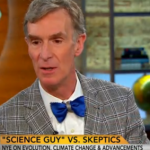 November 11, 2014 Bill Nye discusses evolution, climate change and scientific advancements (video)
Recent Comments
0 | Leave a Comment
Browse Our Archives
get the latest from
Nonreligious
Sign up for our newsletter
POPULAR AT PATHEOS Nonreligious
1