And she got a nice reply from Twitter, including myself over her incredible lack of scientific knowledge and audacity to tweet with such blatant confidence. Sadly, she will learn nothing from this experience and continue to tow the party line of scientific ignorance.

How did you get elected with less than a high school education? @RepHartzler: Global warming strikes America! Brrrr!

@RepHartzler I am not hungry, therefore, nobody on this planet is hungry. #samelogic…

You wouldn’t know “global” even if it threatened to get gay-married on your lawn RT @RepHartzler: Global warming strikes America! Brrrr! 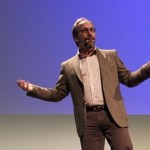 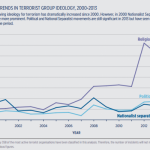 November 18, 2014 Religion is the driving force behind terrorism according to a new study
Recent Comments
0 | Leave a Comment
"Tom Hughes --- Gee, you're clearly quite intelligent. I bet you're in Mensa. The MAJORITY ..."
markinator Clarification on the now viral Wisconsin ..."
"Source in the Constitution?Again, you have not replied to my argument about any "except for" ..."
Alonzo Donald Trump vowed to destroy the ..."
"Tom, I gave explicit instances when getting ID and registering to vote might be difficult. ..."
Annerdr Clarification on the now viral Wisconsin ..."
"You do realise that the only person we've seen throw the word nazi around is ..."
TheMarsCydonia The Danthropology blog is moving on
Browse Our Archives
get the latest from
Nonreligious
Sign up for our newsletter
POPULAR AT PATHEOS Nonreligious
1

Aquinas and Homosexual Sex - Part 1: A...
BACKGROUND Back in August, I posted a meme on my personal Facebook page that...
view all Nonreligious blogs
What Are Your Thoughts?leave a comment
Copyright 2008-2020, Patheos. All rights reserved.