Ken Ham does not understand how boats work 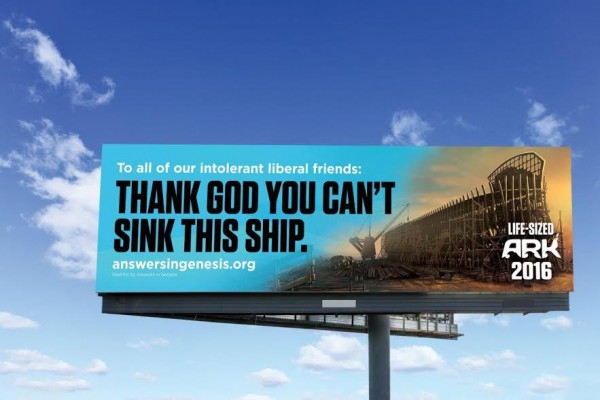 Ken Ham is thankful to God that his “intolerant liberal friends” cannot sink his ark.

Well, as Hemant Mehta points out, of course we can’t sink it, it’s on land. Also, we are not his friends. I am not friends with crooks and liars.

Ham seems to have wasted a great deal of donations on perpetrating the lie that liberals, atheists, secularists, you name it, want to destroy his ark. He is of course doing so because he thinks the fear will increase donations; donations he clearly needs to finish this park, especially after learning he might lose his much needed tax incentives.

Of course this is all a lie though, we don’t want to shut down his park that glorifies the systematic slaughter of all living things, we want him to follow the laws of the country in which he chose to build his genocidal themed park. This means ending discrimination against employees if he insists on running a for-profit business.

Of course, if he told the truth, donors would not be so eager to send him their hard earned money knowing he is breaking the law. 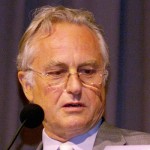 December 9, 2014 Richard Dawkins: 'We need an anti-Darwinian society'
Recent Comments
0 | Leave a Comment
"Tom Hughes --- Gee, you're clearly quite intelligent. I bet you're in Mensa. The MAJORITY ..."
markinator Clarification on the now viral Wisconsin ..."
"Source in the Constitution?Again, you have not replied to my argument about any "except for" ..."
Alonzo Donald Trump vowed to destroy the ..."
"Tom, I gave explicit instances when getting ID and registering to vote might be difficult. ..."
Annerdr Clarification on the now viral Wisconsin ..."
"You do realise that the only person we've seen throw the word nazi around is ..."
TheMarsCydonia The Danthropology blog is moving on
Browse Our Archives
get the latest from
Nonreligious
Sign up for our newsletter
POPULAR AT PATHEOS Nonreligious
1