When the Ark Encounter filed their request for an 18 million dollar tax incentive last year they had to submit to a review by Hunden Strategic Partners in Chicago to review and evaluate the parks projected attendance to qualify for such subsidies.

According to the Courier-Journal,

The study was commissioned by the Kentucky Tourism, Arts and Heritage Cabinet as part of its review of Ark Encounter’s application for up to $18.25 million in state tax incentives.

Although the project is smaller and would attract fewer visitors the previously estimated, the consultant concluded the project met the state requirement of having an economic benefit qualifying to the state incentives.

Even though the park has now lost the tax incentive they requested over employee discrimination charges, the Hunden report had been paid for and was completed.

Ed Hensley of the Kentucky Secular Society got ahold the of the report through the Freedom of Information Act and emailed it over to me.

The Ark Encounter estimated that they would see 1.2 to 2 million visitors per year. However, Hunden estimated in the first year the park would receive roughly 325,000, with a peak attendance in the third year around 425,000, declining to 275,000 after that.

As noted by Hemant Mehta, on the Ark Encounter website they push this same over-exaggeration saying,

Based on an extensive independent feasibility study conducted by America’s Research Group, we expect over 1,600,000 guests our first year.

This same myth was also even more greatly exaggerated by Ken Ham who wrote on his website:

… the full-size Noah’s Ark, when it opens in 2016, is estimated to attract up to 2 million visitors a year…

That is a rather large discrepancy and there is little reason to believe Ark Encounter officials believed the information they passed on to state officials. They even went as far as to predict an increase in museum attendance, an attraction that has never reached it’s own attendance goals.

According to a press release by the Kentucky Secular Society, the Hunden report looked at 2 scenarios,

Scenario A assumes a “mainstream approach to the attraction”, and Scenario B assumes a “more religious-based approach that may represent a specific viewpoint more associated with the Creation Museum”. Numerous individuals with Answers in Genesis (the parent company of Ark Encounter) have publicly stated that the theme of Ark Encounter will be like that of the Creation Museum, even referring to the ark as an “Evangelical Ark.”

According to the press release:

Projections in Scenario B included 325,000 the first year, peaking to 425,00 the third year, and plateauing at 275,000 by year 10. Ark Encounter and Answers in Genesis have publicly proclaimed attendance projections of 1.2 to 2 million per year. However, these projection figures were for the 2010 proposal, not the 2014 proposal. The 2010 proposal was for a $172 million project and was a multi-day attraction, while the 2014 proposal was for a $73 million project that consisted mainly of Noah’s Ark. More importantly, the group hired by Answers in Genesis to project attendance, America’s Research Group, has several conflicts of interest. The president of America’s Research Group is Britt Beemer, who is also a co-author with Ken Ham on the book Already Gone. Furthermore, research by Beemer and America’s Research Group is featured in Already Compromised, another book authored by Ken Ham. The Hunden Report contains the only non-biased attendance projections for the 2014 project.

The Hunden report also reveals a very small net fiscal impact of only $4.9 million when compared to the $18.25 million cost of the tax incentives.

“The Hunden Report adds more evidence that the Commonwealth of Kentucky made the correct decision in rejecting the Ark Encounter application for tax incentives,” commented Ed Hensley, treasurer of the Kentucky Secular Society and co-organizer of Freedom From Religion Foundation, Kentucky Chapter. “Ken Ham, Ark Encounter, and Answers in Genesis are currently threatening to sue the Commonwealth for the right to have tax-supported religious discrimination in employment. We should consider the contrasting claims of the Hunden report while evaluating their threats.”

It would seem the Ark Encounter officials knew they could not carry the attendance numbers they needed and this is why they originally hired a firm with direct ties to Ken Ham who would be more than willing to over estimate the attendance of the park in order to help increase the likelihood of a better tax rebate in order to help the parks construction reach completion.

Given these numbers, it seems the park would not have been granted the full 18 million dollar tax incentives (but would possibly still have qualified for a smaller amount) if it hadn’t been for the blatant employee discrimination. With estimations not even in the same ballpark the state would have been foolish to grant such a large tax rebate to a park that seemingly wouldn’t even be able to maintain itself over the course of a few years who whose completion actually relies solely on the rebate being awarded.

I have reached out to Ken Ham for comment on these reports and have received no reply. I also reached out to Americans United for the Separation of Church and State enquiring about possible legal issues if the organization knowingly mislead state officials of their attendance estimates, they said their legal team would look into this, but had no further comment at this time. 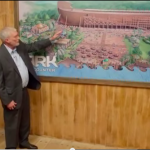 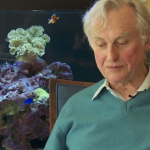 January 21, 2015 Christian fundamentalists send Richard Dawkins some love letters
Recent Comments
0 | Leave a Comment
"Tom Hughes --- Gee, you're clearly quite intelligent. I bet you're in Mensa. The MAJORITY ..."
markinator Clarification on the now viral Wisconsin ..."
"Source in the Constitution?Again, you have not replied to my argument about any "except for" ..."
Alonzo Donald Trump vowed to destroy the ..."
"Tom, I gave explicit instances when getting ID and registering to vote might be difficult. ..."
Annerdr Clarification on the now viral Wisconsin ..."
"You do realise that the only person we've seen throw the word nazi around is ..."
TheMarsCydonia The Danthropology blog is moving on
Browse Our Archives
get the latest from
Nonreligious
Sign up for our newsletter
POPULAR AT PATHEOS Nonreligious
1