In a recent article from Huffington Post, it appears that the burial place of Jesus, and his family, was discovered. Setting aside criticisms of whether Jesus existed or not, let us take a look at the claims.

The find, an ossuary in a family tomb in Jerusalem dating to the first century CE, has an image of a large fish with a stick figure man in his mouth. It also has a four line Greek inscription that states Yahweh will “raise up” someone. And the name “Jesus”, or an abbreviated version “Yose”, is found along with it.

This tomb, along with at least one other, is the latest archaeological find that is being purported to hold the remains of the lead figure of Christianity. But does it really?

First, this was reported already several years ago. Discovery did a documentary on it, which aired in the Spring of 2012, as reported on theJesusDiscovery.org. So this is not new by any means. And it has thoroughly been covered and restated by James D. Tabor, one of the scholars that worked on the excavation, that it is not likely to be the tomb of Jesus of Nazareth, let alone his family. He has posted it in his blog, as well as in his book, Paul and Jesus. Even his book, on this dig states in the title that it is about the earliest Christian followers, not a tomb belonging to Jesus or his family.

So, what does it mean that it is unlikely that it, or the other tombs, belong to Jesus or his family? For starters, the name on the tomb is an abbreviated version of Yehoshua, which was Jesus’ given name (I cover how his name translated into “Jesus” in my book You Say That I Am). This name, like Jesus’ brother James, or Yacob, was among the most popular male names during this era. In fact, in one of the other tombs in question, it has the same name on the ossuary. There are other characters in the Hebrew Bible with the name Yehoshua, or Yeshua (you would perhaps be more familiar with the anglicized version “Joshua”), adding veracity to the claim. It would be like finding a tomb 2000 years in the future with ossuaries that bore the names John, Paul, and George. Just because we find those names grouped together does not mean we have found the burial place of the Beatles (thank you Dr. Mark Goodacre for the example).

Further evidence is the four lines in Greek. Ignoring what it actually states about a “rising up”, the fact alone that it was in Greek shows it does not belong to Jesus or his family. This is a similar argument to why the original disciples did not write the gospel accounts; Jesus’ family, and his followers, were from Nazareth, and they natively spoke Aramaic. That aside, it is unlikely they knew how to read or write, as those skills were something that only the financial elite were able to obtain and benefit from. It was not a skill that a carpenter, mason (tekton is the word in Greek used to describe Jesus’ and his father Joseph’s profession, which meant “one who works with their hands” and could mean carpenter OR mason), or fisherman or tax collector. Even if they could read and write, it is unlikely any of them would have done so in Greek.

The fish with the man in its mouth, a retelling of the Jonah and the fish story, is indeed something recounted in the gospels. The Gospel of Matthew (12:40) states “For Jonah was three days and three nights in the belly of a huge fish, so the Son of Man will be three days and three nights in the heart of the earth.” The problem with this is it all involves later tradition, unlikely to have come from the lips of Jesus himself. John Dominic Crossan argues persuasively in his book the Historical Jesus that the majority of the sayings attributed to Jesus were placed retroactively on his lips to show him as a prophet and to demonstrate he knew of his execution ahead of time, so to maintain his status as the alleged Messiah. Paul of Tarsus states in his letters that the crucifixion was a stumbling block for Jews, and, according to Deuteronomy 21:23, which states that anyone executed publicly is cursed by God, it is easy to see why that would be the case. So, would it not also make sense for later Christians, in attempts to justify their faith, to feel the need to show that Jesus actually knew his end was coming? Regardless, it is a commonly held view that this was not an original saying of Jesus, but something later traditions believed he said to keep his status as Messiah.

Tabor does point out, at theJesusDiscovery.com, that it is likely the ossuary was made, and used, before 70 CE after the temple was destroyed. This was so the Roman Empire could cut unnecessary costs, and was also likely a way to further marginalize the Jewish population. Matthew 17:27 shows post-Temple-destruction marginalization by Rome with the shekel tax for simply being Jewish. That does not mean the ossuary belongs to Jesus, as there is still a 40 year gap between when Jesus is alleged to have died and when the Solomonic Temple of Jerusalem fell.

It would be in grave error to say, with 100% certainty, that this tomb is not that of Jesus of Nazareth or his family. However, it is still very unlikely. Especially with multiple sites competing for the same recognition. Given what we can know about the historical Jesus, and what the evidence suggests, it is our best estimation to state that this is highly unlikely to belong to Jesus of Nazareth, his family, or the first generation of followers. But, for it to belong to some of his later followers, living and dying a few decades later, is not out of the question. 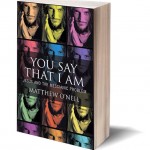 January 13, 2015 "Global Disrespect of Religious Traditions"
Recent Comments
0 | Leave a Comment
"Tom Hughes --- Gee, you're clearly quite intelligent. I bet you're in Mensa. The MAJORITY ..."
markinator Clarification on the now viral Wisconsin ..."
"Source in the Constitution?Again, you have not replied to my argument about any "except for" ..."
Alonzo Donald Trump vowed to destroy the ..."
"Tom, I gave explicit instances when getting ID and registering to vote might be difficult. ..."
Annerdr Clarification on the now viral Wisconsin ..."
"You do realise that the only person we've seen throw the word nazi around is ..."
TheMarsCydonia The Danthropology blog is moving on
Browse Our Archives
Follow Us!

How can freethinkers lead purpose-driven lives?
For me, the purpose that drives science-minded freethinkers can be summed up...
view all Nonreligious blogs
What Are Your Thoughts?leave a comment
Copyright 2008-2020, Patheos. All rights reserved.