As a child, I remember being fascinated by the idea beings from another world visit our planet. I owned books, read comics, and watched every program pertaining to that particular subject. Still today I enjoy science fiction books and movies relating to other-worldly entities. But after some time, my skepticism grew greater than my belief in aliens. After I reached a certain point, once I understood evolution, cosmology, and physics, I could no longer maintain that belief; of course, I’m completely willing to believe once sufficient evidence comes to light.

When someone claims to have been abducted by aliens with only their word as evidence, there isn’t much to go on. When someone witnesses a light in the sky and believes it’s an alien space ship, there isn’t much to go on either. When someone claims aliens visited earth centuries ago and inspired human beings, there is something to go on. Lots of information – and evidence – can be drawn from the history of our species after we began to develop civilized societies. And that particular person, who I will focus on for this series of blog posts, is Erich von Daniken.

He is a prolific author from Switzerland with close to 25 published works. Today, most are familiar with his History 2 series Ancient Aliens (along with his crazy-haired partner-in-crime Giorgio Tsoukalos). In that series, von Daniken, Tsoukalos, and other “experts” interviewed propose the “Ancient Astronaut” hypothesis: The claim that aliens, whom seemingly appear quite human themselves, visited earth and inspired mankind to accomplish tremendous feats of architecture and agriculture, as well as inspiring many of today’s most revered holy books. Since I was a history major in college, these particular claims are very relevant to my interests at heart. What can be shown to be true is very important to me in the field of history. This is why I’m going to dissect von Daniken’s 1968 book Chariots of the Gods – the book that started it all with over 7 million copies sold. Claim by claim, I’m going to put Daniken’s conclusions to the test, as well as identify the logical fallacies if, or when, I find them.

I’m an atheist author primarily focused on the claim of god, but I’m an atheist because I was first a skeptic. I understand most scoff at the idea of aliens visiting earth in the past, but the fact remains: People believe it to be true. So I want to investigate those claims, inform those who may teeter on the fence, and educate the population as best I can. Stay with me as I do my best to accomplish these goals.

Next Blog: Do Aliens Exist? 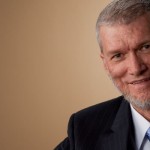 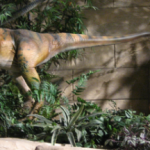 January 19, 2015 Answers in Genesis has made up 12 arguments 'evolutionists' should avoid
Recent Comments
0 | Leave a Comment
Browse Our Archives
get the latest from
Nonreligious
Sign up for our newsletter
POPULAR AT PATHEOS Nonreligious
1