After publishing in his book, Undeniable: Evolution and the Science of Creation that he is critical of GMO’s he spent time with scientists in the field and revised his views and says he will be revising his book for the second edition due out in the fall of 2015.

Nye said he is very excited about revising that chapter and telling people about his new view saying, “when you’re in love you want to tell the world.”

While Nye may have never actually been fully in the “anti” camp on GMO’s he did offer some pretty strong arguments for the anti-GMO movement claiming many of the same arguments drove his views such as five years not being enough time for testing or that companies are asking the government for funding; what amounts to the “follow the money” argument.

Nye did not respond to a few debate requests on the subject, most notably by professor Kevin Folta a horticulturalist at the University of Florida.

Thankfully, when not responding to these requests he did not sit by idly ignoring the massive amounts of evidence proving that GMO’s are safe.

Nye proved that he is true to his word and that his mind can in fact be changed with one thing; evidence.

I am looking forward to the revised version. 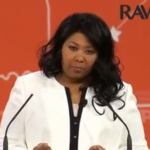 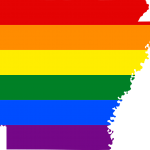 March 2, 2015 Arkansas lawmakers want to make it easier for businesses to discriminate
Recent Comments
0 | Leave a Comment
Browse Our Archives
get the latest from
Nonreligious
Sign up for our newsletter
POPULAR AT PATHEOS Nonreligious
1