From an Apatheist to an Antitheist: Why I Now Actively Oppose Religion

From an Apatheist to an Antitheist: Why I Now Actively Oppose Religion February 22, 2015 J. D. Brucker

If you would’ve asked me a year before I sat myself in my computer chair to write my first blog regarding religion, I would’ve never thought I’d feel the way I did. I’d spent much of my life in a religious household, instructed in a Christian based school as a child, and attended church fairly regularly. That’s not to say I ardently believed; I was at times either uninterested or unconvinced. I cared not if Jesus lived and died for my sins, if God created the universe just for us, or that I was part of some spiritual, unforeseen plan. I’d take my communion wafer and wine on Sundays, scribble notes from the Sunday sermon, light the candles in my white gown, and greet attendees with a smile and a handshake without every once questioning whether is was at all a bad thing.

I did mildly struggle with a belief for some time, but finally came to the realization that I cannot force my self to believe something is true without honestly believing it. I was an atheist, but more so an apatheist. Yes, I would tell others that I believed, but I’d otherwise leave the question alone as a child.

I grew up in a relatively rural and closed-minded area in central Illinois. School throughout the week, friends and girls on Saturday nights, and church on Sundays was normal. Religion means a lot to those from where I’m from, so it’s to no surprised to me that I felt the way that I did. I always felt a bit weird thinking I was the only one who didn’t believe religious claims; at that time the atheist community was unknown to me. But to be fair and honest, if I were aware of the community, I will say probably I wouldn’t much care. At the time, religion was a great thing, giving people the meaning they so desperately desired.

If you believed in God, I didn’t care. If you didn’t, great as well. I remained this way even through my college career, still not believing but still not caring also. My girlfriend at the time was quite religious, and since I did care for her, I never bothered quarreling with her on the subject if even ever given the opportunity. No one else around me seemed to take my position with interest, or even disgust, which never pushed me to seek a deeper understanding of my atheism. That day changed when I noticed headlines on news websites reading, “Christopher Hitchens dead at 62.”

Who was this man? Why had I never heard of him before? He seemed fairly recognized by the media and other social outlets. I soon found he was a writer, a man who had made a career out of something I mildly dabbled in. It was not only that which intrigued me, but it was his charisma as a public speaker, displaying a confidence I’d yet seen in a person. What finally captivated me the most was his message regarding religion. I had never heard anyone criticize religion in such a way, but the shock was soon taken by a slight smirk. I loved it. I instantly found myself agreeing with almost everything he had to say.

It certainly didn’t stop there for me. I found Dawkins, Harris, and Krauss. Then it went on to Dillahunty, AronRa, and Baker. I soon realized this was something I could no longer ignore. I found myself looking at this world much differently. Faith was no longer a virtue, and religion served no great purpose. I was perhaps a bit upset that I remained indifferent for most of my life; but then again, I completely understand why it was the case. I empathized and cared for those around me, of which I still do today, but one thing is all that has changed: I lost my respect for unsubstantiated religious claims. I was once even part of Alcoholics Anonymous; an organisation which rests on the idea we are broken human beings needing fixing. No one deserves to feel such a way; an idea borrowed from Christian thought.

You see, with finding the atheist community, I found something much greater: A passion for knowledge and truth and a love for humanity; all three of which are in harms way of religion. I wasn’t doing anyone any good by giving their religious beliefs quarter. I never contemplated the repercussions of religious teachings or even faith itself. So today, it’s all much different for me now. So today I confidently say I’m an antitheist without remorse. Hardly ever do I find myself unmotivated to voice my opposition of religion, because if it wasn’t for others doing so, I wouldn’t be here today writing this.

And I’m grateful for everyone who does. 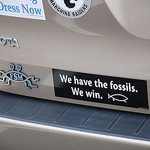 February 21, 2015
Four truths to combat the lies of Charisma News
Next Post 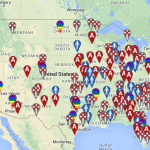