Ken Ham, ‘atheists know there is a God, they just don’t want to believe it’

According to a new 1 minute video from Ken Ham, atheists are all lying and suppressing the truth because according to him,

“Atheists know there is a God, they just don’t want to believe it.”

This of course is a common belief by Christians who are foolish enough to believe the Bible is the literal word of God and read the book of Romans and believe that,

“God has written intuitive knowledge of His law in our human conscience.”

And just how does Ken know that his passage is true? Well the Bible says so!

He closes by telling his listeners that atheists can be saved and we will be forced to someday acknowledge that Jesus is Lord before we are cast into hellfire.

On a side note, YouTubes transcripts thinks Ham is reading from a much different book: 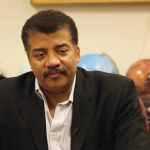 February 4, 2015
Neil deGrasse Tyson on the nerdiest thing he has ever done
Next Post 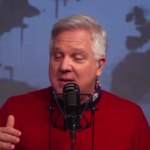 February 5, 2015 Glenn Beck claims vaccines cause autism and that anti-vaxxers are being persecuted
Recent Comments
0 | Leave a Comment
Browse Our Archives
Follow Us!