In case you forgot, Pope Francis is a massive bigot.

The head of the Catholic Church has claimed people who ‘manipulate’ their bodies are similar to ‘Herods’ that ‘destroy, that plot designs of death, that disfigure the face of man and woman, destroying creation.’

His comments are found in a new book published in Italy called, Pope Francis: This Economy Kills, calling on Christians to safeguard God’s order of creation.

“Let’s think of the nuclear arms, of the possibility to annihilate in a few instants a very high number of human beings,” the Pope says.

It seems the Pope does not actually understand what transgender actually is and sees it as a threat to the future of mankind,

“Let’s think also of genetic manipulation, of the manipulation of life, or of the gender theory, that does not recognize the order of creation.”

And he then says that with this attitude towards gender that “man commits a new sin, that against God the Creator.”

These comments should be a reminder to those who applaud this Pope for being so open-minded and progressive. He is neither of these things and serves as nothing but a PR man for the Catholic Church.

He says (I was corrected that this isn’t actually what he said) and that evolution is true (Yes, I know the Church as long accepted evolution, but when Francis said so, it was news for some reason) and suddenly he is the man religion has been waiting for. Yet he makes remarks regularly that show his true side and the media for the most part turns a blind eye.

And in case you’re wondering just what kind of evolution the Pope accepts, his comments on trans people shed light on his theistic, teleological version of evolution,

“God has placed man and woman and the summit of creation and has entrusted them with the earth,” Francis says. “The design of the Creator is written in nature.”

So yeah, he doesn’t accept actual evolution, just a version that allows him to be a closed-minded bigot. 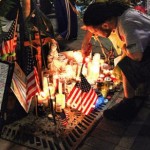 February 19, 2015
Yes, thanking God after a tragedy is very selfish
Next Post 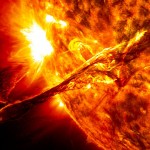 February 20, 2015 New poll shows 1 in 4 Americans unaware the Earth orbits the sun
Recent Comments
0 | Leave a Comment
Browse Our Archives
get the latest from
Nonreligious
Sign up for our newsletter
POPULAR AT PATHEOS Nonreligious
1