In the third chapter of Chariots of the God’s, Erich von Daniken attempts to make his case on, again, a single hypothesis: “Archaeologists could be wrong.” I feel as though this trend will continue as I make my way further through his book. In this chapter (The Improbable World of the Unexplained), von Daniken asks his readers to essentially forget all that is known regarding the ancient world.

He seems to, at this point, understand how to irrationally begin his arguments.

Again, he restates himself:

Today we know that it is possible to make space suits that can withstand extremes of heat and cold. Today we know that space travel is no longer a Utopian idea. We are familiar with the miracle of color television, just as we can measure the speed of light and calculate the consequences of the theory of relativity.

Our world picture, which is already almost frozen into immobility, begins to thaw. New working hypotheses need new criteria. For example, in the future, archaeology can no longer be simply a matter of excavation. The mere collection and classification of finds is no longer adequate. Other branches of science will have to be consulted and made use of if a reliable picture of our past is to be drawn.

So let us enter the new world of the improbable with an open mind and bursting with curiosity! Let us try to take possession of the inheritance the “gods” have bequeathed to us.

It’s almost comical how blatant he’s being. He’s already iterated it once, but he suggests again that we shouldn’t discount alien intervention in the past because of how “impossible” current scientific understandings seemed to those of the past. Is this a rational way to begin your argument? I think not. So in order to keep you from boredom, I’ll address the few points he makes in this chapter, where actual evidence is given and can be evaluated.

He first presents a set of ancient maps that are quite accurate, because, I assume at this point, ancient people ought to be incapable of developing such sophisticated maps. One atlas he identifies belonged to Piri Reis. This map, he explains:

The coasts of North and South America and even the contours of the Antarctic were also precisely delineated on Piri Reis’ maps. The maps not only reproduced the outlines of the continents but also showed the topography of the interiors! Mountain ranges, mountain peaks, islands, rivers, and plateaus were drawn in with extreme accuracy.

Soon after, he finally approaches his position, in which he also admits the Piri Reis maps were copies:

Admittedly the Turkish admiral’s maps are not originals. They are copies of copies of copies. Yet even if the maps dated from only the eighteenth century, when they were found, these facts are just as unexplainable. Whoever made them must have been able to fly and also to take photographs!

Von Daniken should have just wrote, “Duh! Right? Come on now! Aliens flew over our planet, captured images, and shared their pictures with ancient people! That’s the most reasonable explanation!”

He then shifts rather quickly to the Nasca Lines in Peru. He states:

Not far from the sea, in the Peruvian spurs of the Andes, lies the ancient city of Nazca. The Palpa Valley contains a strip of level ground some 37 miles long and 1 mile wide that is scattered with bits of stone resembling pieces of rusty iron. The inhabitants call this region pampa, although any vegetation is out of the question there. If you fly over this territory–the plain of Nazca–you can make out gigantic lines, laid out geometrically, some of which run parallel to each other, while others intersect or are surrounded by large trapezoidal areas.

The archaeologists say that they are Inca roads.

A preposterous idea! Of what use to the Incas were roads that ran parallel to each other? That intersected? That were laid out in a plain and came to a sudden end?

So let me guess: Aliens drew them out? He states:

Seen from the air, the clear-cut impression that the 37-mile-long plain of Nazca made on me was that of an airfield!

I was wrong! Sorry, humans created them for aliens. He then writes:

…what purpose did the lines at Nazca serve? According to my way of thinking, they could have been laid out on their gigantic scale by working from a model and using a system of coordinates, or they could also have been built according to instructions from an aircraft. It is not yet possible to say with certainty whether the plain of Nazca was ever an airfield. If iron was used it will certainly not be found, because there is no prehistoric iron. Metals corrode in a few years; stone never corrodes. What is wrong with the idea that the lines were laid out to say to the “gods”: “Land here! Everything has been prepared as you ordered”? The builders of the geometrical figures may have had no idea what they were doing. But perhaps they knew perfectly well what the “gods” needed in order to land.

Well, von Daniken, your way of thinking is a bit flawed. Ignore the evidence and creating your own hypothesis based on preconceived notions is wrong. I wonder what ancient artifacts/structures he examines without thinking aliens had anything to do with it.

Though his book was written in the 70’s, an understanding among archaeologists remains. The lines were developed as a way to persuade their gods to deliver water and other nutrients as the area was often stricken with drought. To the historian and archaeologist, this is reasonable. To von Daniken, this is only evidence that perpetuates his delusion.

The evidence only suggests ancient people constructed these lines to please their gods, not that these gods were of an alien origin.

I’m going to break this chapter up a bit, as it’s becoming a bit lengthy. Stay tuned!

Next blog: Ignoring the Known, Part 2 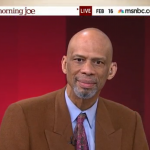 February 16, 2015
Kareem Abdul-Jabbar compares ISIS to the KKK but misses the point on religious extremism
Next Post 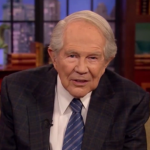 February 17, 2015 Pat Robertson claims Satanic Covens use Facebook to curse families
Recent Comments
0 | Leave a Comment
"Tom Hughes --- Gee, you're clearly quite intelligent. I bet you're in Mensa. The MAJORITY ..."
markinator Clarification on the now viral Wisconsin ..."
"Source in the Constitution?Again, you have not replied to my argument about any "except for" ..."
Alonzo Donald Trump vowed to destroy the ..."
"Tom, I gave explicit instances when getting ID and registering to vote might be difficult. ..."
Annerdr Clarification on the now viral Wisconsin ..."
"You do realise that the only person we've seen throw the word nazi around is ..."
TheMarsCydonia The Danthropology blog is moving on
Browse Our Archives
get the latest from
Nonreligious
Sign up for our newsletter
POPULAR AT PATHEOS Nonreligious
1

Russell Moore: Not Really a Hero
Roll to Disbelieve
Related posts from Danthropology