How Military Intervention with the Islamic State Becomes a Moral Imperative

There comes a time when certain enemies have been identified that diplomatic language breaks down: that is to say, the objectives of one side are not in tandem with the objectives of the other and cannot be reconciled.

The Islamic State is one such enemy. When I speak of  “enemies”, I don’t talk on political or economic grounds, but rather on philosophical or social bases. I am philosophically and socially repelled by a religious state, repelled by ritualistic and barely discriminate violence, repelled by the physical and emotional and sexual subversion of women–and especially repelled, I must admit, when these actions are committed with license from a deity or holy text.  I have no qualm with calling these kinds of people an enemy as, moralistically, we have called many others in the past who embodied similar repugnant ideals–The Third Reich, the Taliban, the Ba’athist regime, Al-Qaeda–groups that may or may not even have made attacks on our own state, but rather committed atrocities against the ideal of human solidarity, of basic humanism, and in general flouted the civil liberties of those closest to them either for material or ideological gain.

With these enemies, there eventually arose the question of critical mass: when does a person or a group of people commit too many heinous actions to be any longer tolerated? When does an enemy engage in such criminal action that their eradication is, from a utilitarian perspective and many others (I am not, in fact, a utilitarian), a moral imperative?

These questions don’t inspire me as much as their corollary: at what point does the guilt overwhelm us after having quietly stood aside? The costs of our actions in Iraq, undoubtedly, were shamefully high. But when the cost of our inaction had overwhelmed the sum total of our liberation–what then? When the Hussein regime had become so publicly contemptible and the concentration camp that was the country of Iraq was commonly understood, where would have been the glib talk of imperialism, the neoliberal redefinition of “humanitarian efforts”? Instead, the criticism for our isolationism would be overwhelming, and the popular trend would shift drastically from rhetoric that describes a global conquest by American ideals to a selfish resistance to defending our oppressed brothers and sisters abroad.

In this fashion, the real question is not which side of the fence you are on, but at what point in the slaughter of innocents you claim it.

The Islamic State has presented us with this same scenario. They have, according to the United Nations, committed war crimes including: the execution and amputation of enemies in the public square, they have invaded and annexed neighboring states, bombed civilian areas purposefully, used chemical weaponry, kidnapped women and children for the use of sex slavery, destroyed infrastructure, bulldozed cities, immolated cultural capital, and the death toll numbers in the many thousands. The heads of those who have opposed them (and perhaps those who have not) have been rotting on spikes in Raqqa; the videos of their executions are widespread and freely available on the Internet, promoted in many instances proudly by members of IS themselves.

This is without mentioning that a caliphate, by its own definition, is not complete short of global rule. Whether or not IS is capable of this, their objective should not be flippantly ignored.

Without question, we are dealing with a group of people whose objectives are clearly antithetical to a culturally pluralist international community, and whose tactics in achieving their ends are obscene by innumerable standards that stretch plenty further than the assumed American hegemony in world affairs, or the Western idea of democracy, or the reassertion of superpowers over a fractured Middle East. The Islamic State is not committing crimes specifically against these concepts (though they are included): the IS is committing crimes against humanity. It is for groups such as this that such a phraseology exists.

And it is not a group with which negotiations or other diplomatic means will have any affect.

Of course military action brings a chill to our guts–the cost in currency and not to mention lives makes the thought of another war abroad a sincerely tragic concept. The sacrifice would be incredible. But at which point will our inaction cost more? How many more cities of the Middle East should fall, women be raped, men and boys be killed, before we decide that the scales of moral imperative have tipped in such a way that we can no longer ignore it? It certainly seems more immoral to wait, as we have done and are doing with previous enemies, for another Bibi Aisha, another Malala Yousefzai–or, more pertinent to the IS, another Kayla Mueller, James Foley, Peter Kassig, or Steven Sotloff. Let us not hold our breaths for another ransacking of cultural heritage like that of the Mosul museum. Let us not arbitrarily define one more country annexed or life taken as the correct number before legitimate action is considered.

Let’s instead assume that any of these crimes, committed merely once with these kind of intentions, is too much. And every second that we have the power to prevent more of these atrocities and choose not to, we abdicate a piece of our global and moral responsibility. As Edmund Burke says, “The only thing necessary for the triumph of evil is for good people to stand by and do nothing.”

March 10, 2015
Ken Ham reminds us that he is nothing but a horrible bigot
Next Post 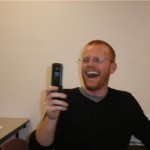 March 10, 2015 On Life and Death
Recent Comments
0 | Leave a Comment
Browse Our Archives
get the latest from
Nonreligious
Sign up for our newsletter
POPULAR AT PATHEOS Nonreligious
1