Still upset after losing a much needed $18 million tax incentive to finish his Ark Encounter project, and just a month after filing a lawsuit against the state of Kentucky over alleged religious discrimination, Ken Ham is attempting to garner support for his cause by exploiting children who obviously do not understand the laws surrounding the states decision.

A family in Kentucky sent Ham a package of letters the children are said to have mailed to the state’s Governor Steve Beshear.

What harm does it cause having the word of God being taught in a Christian Park? If you go to a Christian park, what do you expect to hear – the word of God! If people don’t want to hear about Him or be taught Biblical truths, then they don’t have to go,” wrote one 12-year old.

Obviously this child is unaware that the message of the park is not being questioned or silenced, however their decision to discriminate against employees is.

Obviously it is questionable that the children actually said any of this and were obviously coached by their mother who also wrote to Ham saying,

I believe [Ark Encounter] should receive the same tax program consideration our state has provided to numerous other, very diverse, organizations. As a religious organization, it is my understanding of the law, that AiG does have every right to maintain their identity by hiring people with shared religious beliefs.

Even the mother is unaware of what she is defending. She clearly said, “AiG does have every right to maintain their identity by hiring people with shared religious beliefs.”

Of course AiG does, they are a religious non-profit, but she is defending the Ark Encounter which is a for-profit business entity and therefor must follow the state and federal hiring practices that prohibit religious based discrimination.

Letters to the governor that actually have nothing to do with the actual reasons the state decided to reject the tax incentives for the Ark Encounter will do nothing to help the park’s case.

Ken ends his post about the letter asking readers to,

“Please be in prayer for us as we challenge the state of Kentucky to honor the Constitution and preserve religious freedom in America.”

Not only does this show a total lack of constitutional knowledge on Ham’s behalf it shows that power of prayer has so far been useless and one would think if God was so keen on having this park constructed that the lawsuit and tax incentives would be unnecessary.

Perhaps he can manipulate these poor children into writing letters to God next. 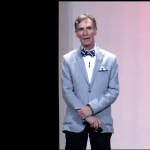 March 6, 2015
Did Bill Nye once support creationism on Bill Nye the Science Guy?
Next Post 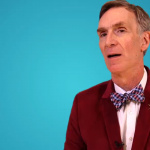 March 10, 2015 What scientific fact blows Bill Nye's mind?
Recent Comments
0 | Leave a Comment
"Tom Hughes --- Gee, you're clearly quite intelligent. I bet you're in Mensa. The MAJORITY ..."
markinator Clarification on the now viral Wisconsin ..."
"Source in the Constitution?Again, you have not replied to my argument about any "except for" ..."
Alonzo Donald Trump vowed to destroy the ..."
"Tom, I gave explicit instances when getting ID and registering to vote might be difficult. ..."
Annerdr Clarification on the now viral Wisconsin ..."
"You do realise that the only person we've seen throw the word nazi around is ..."
TheMarsCydonia The Danthropology blog is moving on
Browse Our Archives
Follow Us!