Gov. Beshear has asked a federal judge to dismiss the lawsuit filed by Answers in Genesis’s Noah’s Ark theme park, The Ark Encounter over the state’s rejection of tax incentives the park requested.

In their request for dismissal on Friday, Beshear and Bob Stewart. secretary of the state Tourism, Arts and Heritage Cabinet said, “Providing the public funding sought for religious purposes …would constitute an unlawful establishment of religion” under the U.S. and Kentucky constitutions.

The two said that the states denial of the parks funds “reflects no hostility toward Plaintiffs’ faith” and does not prohibit the organization from practicing its religious beliefs.

The park which had originally been granted a preliminary approval on an 18 million dollar tax incentive to complete the construction of the theme park was then denied in December of 2014 after Stewart noted the project had evolved from a tourist attraction to an extension of the ministry activities of Answers in Genesis.

Gov. Beshear has even vocally supported the project, but upon the denial of the tax incentives made his reasoning very clear,

The lawsuit by Answers in Genesis claims that the state is discriminating against the park because of their religious beliefs,

The lawsuit explains how this action by Kentucky officials, including Gov. Steve Beshear, violates federal and state law and amounts to unlawful viewpoint discrimination.

The courts should see this as an easy case to dismiss as the tax incentive refusal has a clear foundation in employee discrimination and a clear change in the parks scope, even claiming on their own site that the park is a ministry. Only Answers in Genesis are claiming it is because of their religious beliefs, a blatant lie that any federal judge should see right through. 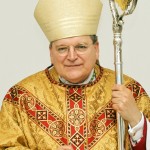 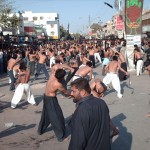 March 28, 2015 Why The Number of "Good Followers" Of A Faith Doesn't Matter
Recent Comments
0 | Leave a Comment
"Tom Hughes --- Gee, you're clearly quite intelligent. I bet you're in Mensa. The MAJORITY ..."
markinator Clarification on the now viral Wisconsin ..."
"Source in the Constitution?Again, you have not replied to my argument about any "except for" ..."
Alonzo Donald Trump vowed to destroy the ..."
"Tom, I gave explicit instances when getting ID and registering to vote might be difficult. ..."
Annerdr Clarification on the now viral Wisconsin ..."
"You do realise that the only person we've seen throw the word nazi around is ..."
TheMarsCydonia The Danthropology blog is moving on
Browse Our Archives
Follow Us!