Patheos Explore the world's faith through different perspectives on religion and spirituality! Patheos has the views of the prevalent religions and spiritualities of the world.
CNN reported on the incident from the Dulles, Virginia, airport where a man allegedly charged the cockpit during take off shouting “Jihad!”

One of the witnesses, Joshua Lindstrom, stated that the man in question looked upset and nervous. Officials have found no link to the perpetrator and any terrorist groups, and no weapons were found on him. After he had been subdued by several of the other passengers, the man even cried and apologized for his actions.

What is most interesting is that almost none of the other passengers made comments about his shouting the word “Jihad” several times as he ran up the aisle. One passenger even said he shouted about the plane moving too slow.

It is even curious to see that, after the man was restrained, people talked to him like he was suffering from a panic attack, rather than threatening jihad. One passenger stated, “You’re OK. We’re going to get you off this plane, buddy.”

A government official reported the shouting of jihad, and Lindstrom admitted that one of the other passengers asked if he had heard the cries of “jihad”. But Lindstrom states he did not hear any such statement from the individual. He does say it does not mean it was not said, but that he never heard it. Lindstrom also points out the individual made the comment “They’re going to bring the plane down!” However, Lindstrom does note he switches from a panic of that chant to being rather passive and apologetic. He says the situation seemed “more troubled than terror.”

If we take a step back and analyze the situation, there is a bit we can glean from this. At least one person assumes the word “jihad” came from the man, which is backed by the official having given the report. Others say he was upset the plane was moving too slow, and others attempted to console him after he had been subdued.

It is purely conjecture, but it would seem that the individual reporting the “Jihad” chant experienced an auditory hallucination. From MIT Press’ Thinking Aloud About Mental Voices, it states that auditory hallucinations can occur from, among other things, drug use (not to assume the person making the claim was on drugs, but purely as an example), sleep deprivation and, incidentally, high caffeine intake, and intense stress.

Being on a plane is stressful enough; one leading neuropsychologist even likened passing through Heathrow airport in London to facing a riot. Couple that with, perhaps, sleep deprivation, over-stimulation from caffeine, and then the heightened anxiety from a passenger rushing the cockpit, clearly in a panic, and people are, according to the aforementioned studies, likely to hear things that were not said.

So, before we are quick to assume we have a failed terrorist attack, perhaps we need to analyze the circumstances and take a realistic look at the situation. That goes for CNN too; how about we avoid the click-bait? 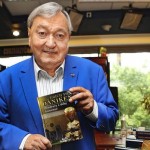 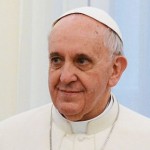 March 19, 2015 Pope Francis, the Vatican, and the leniency on sexual abuse
Recent Comments
0 | Leave a Comment
Browse Our Archives
get the latest from
Nonreligious
Sign up for our newsletter
POPULAR AT PATHEOS Nonreligious
1