The threat of militias and domestic terrorism

Terrorists are not just a threat from foreign nations; a recent Vice documentary showed that two of the top five threats to our nations security were sovereign citizens movements and militia extremism. These groups, often formed by individuals with thorough military training and ex-members of various military groups, are anti-government and see themselves as separate from the rest of the United States. They often targeting and threatening violence against political leaders; most notably President Barack Obama.

These groups, aside from being heavily armed, continuously seek out ways to obtain automatic firearms, illegally or otherwise, or to create their own. They even create their own illegal explosives as a means to “defend” themselves, inclusive of training for wilderness survival. When Mike Morris, the co-founder of the militia group “Three Percent” was asked what type of a scenario such training would be necessary in, he only commented that he could not comment.

Prior to the election of President Obama, the number of “patriot”, or militia, groups was roughly around 149 individual groups. As of 2012, the number increased eight fold. This was noted within just a few months of Obama taking office. Among the concerns being cited by the groups were a poor economy (which was brought on by the Federal Reserve, the Bush and Clinton Administrations’ poor decisions, and Congress during the Bush Administration, among several other reasons), and a liberal and black president.

There is also a feeling of Obama destroying the second amendment, which states “A well regulated militia being necessary to the security of a free state, the right of the people to keep and bear arms shall not be infringed.” The problem with this interesting theory is that Obama has openly spoken about supporting the second amendment. And, in historical context, the second amendment did not apply to individually organized groups, but state controlled groups, called upon for national emergencies “until an adequate standing army could be raised.” These were groups organized, armed, and disciplined, by Congress. These were not groups organized to fight against the US government, but for them if an army could not become, or was not, available during times of national security.

With many instances of militias on the rise, marked by an almost 250% increase after the election of Obama, as well as the numerous domestic terrorist attacks since Obama’s inauguration in 2009, the bigger threat is a lack of education in our constitution, and a lack of education in general, than what these groups assume is happening with our government. 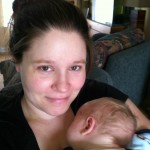 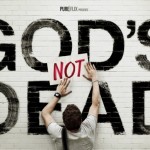 March 22, 2015 Another Atheist Watches "God's Not Dead"
Recent Comments
0 | Leave a Comment
"Tom Hughes --- Gee, you're clearly quite intelligent. I bet you're in Mensa. The MAJORITY ..."
markinator Clarification on the now viral Wisconsin ..."
"Source in the Constitution?Again, you have not replied to my argument about any "except for" ..."
Alonzo Donald Trump vowed to destroy the ..."
"Tom, I gave explicit instances when getting ID and registering to vote might be difficult. ..."
Annerdr Clarification on the now viral Wisconsin ..."
"You do realise that the only person we've seen throw the word nazi around is ..."
TheMarsCydonia The Danthropology blog is moving on
Browse Our Archives
Related posts from Danthropology