As I continued to read through the chapter Improbable World of the Unexplained I slowly began to realize Von Daniken has mastered the art of both ambiguity and repetition. So to avoid addressing the same points over and over again, I’m going to focus on one particular example he provides in this chapter and share my thoughts on that instance.

The City of Tiahuanaco

Von Daniken describes this city as teeming with an abundance of unexplained characteristics. The first seeming “unexplainable” aspect of the city goes as such:

“Blocks of sandstone weighing 100 tons are topped with other 60-ton blocks for walls. Smooth surfaces with extremely accurate chamfers join enormous squared stones which are held together with copper clamps. In addition, all the stonework is exceptionally neatly executed. Holes, 8 feet long, whose purpose has not been explained thus far, are found in blocks weighing 10 tons. Nor do the 16 & 1/2-foot-long, worn-down flags tones cut out of one piece con-tribute to the solution of the mystery that Tiahuanaco conceals. Stone water conduits, 6 feet long and 1 & 1/2 feet wide, are found scattered about on the ground like toys, obviously by a catastrophe of tremendous dimensions. These finds stagger us by their accurate workmanship. Had our forefathers at Tiahuanaco nothing better to do than spend years-without tools-fashioning water conduits of such precision that our modern concrete conduits seem the work of mere bunglers in comparison?”

We’ve all heard others make these same claims, often regarding the Stonehenge in the UK and the Pyramids in Egypt (both of which I’m sure Von Daniken will emphasis later in the book). Still, I’m at a loss as to why otherworldly intelligence we required for such architecture? Why suddenly jump ship and formulate such an extravagant claim; a claim, mind you, held up on nothing but suspicion and personal interest.

So how does Von Daniken explain this? He writes:

“(Native tradition) tells of a golden spaceship that came from the stars; in it came a woman, whose name was Oryana, to fulfill the task of becoming the Great Mother of the earth. Oryana had only four fingers, which were webbed. Great Mother Oryana gave birth to 70 earth children, then she returned to the stars.”

Is this actually believed by those who’ve closely studied the subject? I have tried to find a credible source regarding this story and I have yet to find it. If any reader can provide a source, I’d be delighted to amend this post.

So, the city of Tiahuanaco contains mysterious stone work. We cannot conclude for certain how these stones were moved and carved. Still, the most reasonable conclusion should go as such: We don’t know. Not, “Aliens did it.”

He also proposes native peoples were given an idea of what other human beings looked like in other areas of the world. He writes:

“In a courtyard which has now been restored there is a jumble of stone heads which, on closer observation, appears t6 be made up of the most varied races, for some of the faces have narrow lips, and some swollen; some long noses, and some hooked; some delicate ears, and some thick; some soft features, and some angular. And some of the heads wear strange helmets. Are all these unfamiliar figures trying to convey a message that we cannot or will not understand, inhibited as we are by stubbornness and prejudice?”

Why would it be so strange to expect these pieces of art to deviate from one another? Art is a form of creativity that isn’t confined (Or as confined as Von Daniken believes it should be). Von Daniken only finds this argument valid if what he believes is true: If ancient people are creating them, they must accurately depict the physical features of those they’re the most familiar with. His premise is derived from the very stubbornness and prejudice he argues against in his book. It’s hard to imagine he didn’t pick up on his own inconsistencies but his writing proves it.

He presents nothing new, disregards what is known through modern archaeology by whimsically positing his own ideas; ideas that hold no merit.

His next chapter, Was God an Astronaut? focuses more on a subject I’m rather familiar with: The Bible. That should prove to be an entertaining read.

Next Blog: Yahweh, the Space Alien 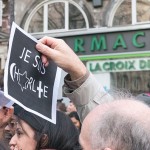 March 16, 2015
Islam is responsible for the attack on Charlie Hebdo
Next Post 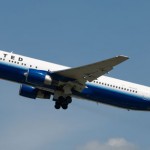 March 18, 2015 Terrorist flight passenger? Jihad a hallucination
Recent Comments
0 | Leave a Comment
"Tom Hughes --- Gee, you're clearly quite intelligent. I bet you're in Mensa. The MAJORITY ..."
markinator Clarification on the now viral Wisconsin ..."
"Source in the Constitution?Again, you have not replied to my argument about any "except for" ..."
Alonzo Donald Trump vowed to destroy the ..."
"Tom, I gave explicit instances when getting ID and registering to vote might be difficult. ..."
Annerdr Clarification on the now viral Wisconsin ..."
"You do realise that the only person we've seen throw the word nazi around is ..."
TheMarsCydonia The Danthropology blog is moving on
Browse Our Archives
get the latest from
Nonreligious
Sign up for our newsletter
POPULAR AT PATHEOS Nonreligious
1