In what can only be described as terrible marketing, Bud Light has decided its beer is perfect for removing “no” from your vocabulary.

How does this happen? How does a corporation which must have a million layers of red tape and people checking on ad work get this far?

Not a single employee said, “oh hey, this label sounds like we are endorsing rape”?

The company said in an apology that they simply “intended to encourage spontaneous fun.”

I think it may be time to hire a new ad team. 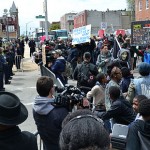 April 29, 2015
Systematic racism runs deep in Baltimore but the media only cares about the violence
Next Post

April 29, 2015 Ken Ham promotes his fabricated visitor report for the Ark Encounter and believes the state is trying to silence Christianity
Recent Comments
0 | Leave a Comment
Browse Our Archives
Follow Us!