The Ark Encounter is hiring again and still discriminating against applicants

Some lessons are never learned.

After losing $18,000,000 in tax rebates because of discriminatory hiring practices (and then deleting the said job opening which led to the loss) the Ark Encounter is once again hiring a CAD designer.

And once again, they are requiring that you sign:

They don’t know when to quit. Sure, the tax incentive has come and gone (though they are trying to get it back via a baseless lawsuit), they are still a for-profit corporation which must abide by the state and federal government’s rule of law. The law clearly states:

So we must still keep the pressure on the IRS and the federal and local governments to hold the company accountable for its violations. Simply losing its tax incentive is not enough, they still must follow the laws.

Photos of the job listing are here, in case ol’ Kenny decides to take them down again, seeing as how they think they have a chance in court to prove they are the ones being discriminated against. 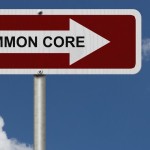 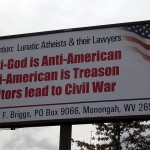 April 10, 2015 Atheists are not the most hated group in America, but no one really likes us
Recent Comments
0 | Leave a Comment
"Tom Hughes --- Gee, you're clearly quite intelligent. I bet you're in Mensa. The MAJORITY ..."
markinator Clarification on the now viral Wisconsin ..."
"Source in the Constitution?Again, you have not replied to my argument about any "except for" ..."
Alonzo Donald Trump vowed to destroy the ..."
"Tom, I gave explicit instances when getting ID and registering to vote might be difficult. ..."
Annerdr Clarification on the now viral Wisconsin ..."
"You do realise that the only person we've seen throw the word nazi around is ..."
TheMarsCydonia The Danthropology blog is moving on
Browse Our Archives
Follow Us!