The intolerance of bigotry is not bigotry

The intolerance of bigotry is not bigotry April 1, 2015 Thomas Essel

I recently got into a debate with an acquaintance on social media over the anti-discrimination law in my town that protects the LGBT community. In the midst of her performing some mental gymnastics, obviously designed to justify her prejudice, I asked her point-blank if she supported the law protecting LGBT people. Her reply was “I haven’t made up my mind yet”.

If you have pause when considering the merits of protecting LGBT people from the same, you are a homophobe. You are, by definition, a bigot.

Since I do not tolerate any sort of bigotry, I told this person that she was a bigot and that I no longer had time for her. End of conversation, right? Nope.

A mutual friend of ours, offended by my use of the word bigot, accused me of name-calling. When I countered by pointing out that the term was appropriate, she became upset and quoted the dictionary to prove that I was also being a bigot since I was intolerant of our mutual acquaintance’s opinion. I love the accusation that I am just as bigoted. I own it. It is true that I am, in fact, intolerant of intolerance.

If that makes me a bigot, so be it; I plead guilty to the charge and accept it with enthusiasm. Yet, the reality is that being intolerant of bigotry is not itself bigotry. Is one a bigot for opposing the KKK? The dictionary definition of the word may say so, but who cares? The spirit is not the same. It is intentions that count.

In Letters to a Young Contrarian, Christopher Hitchens wrote,

“Never be a spectator of unfairness or stupidity. Seek out argument and disputation for their own sake; the grave will supply plenty of time for silence.”

To anyone passionate about a subject, these are words to live by. One of my passions is social equality. I write on the subject often, usually focusing on prejudice against LGBT people. There are people who are equally passionate in the opposite direction, contriving to advance their prejudices to the point of sanctification. These disgusting people must be combated with vitriolic contempt.

I do understand there are those wish to remain outside the conversation, which is fine by me. However, another party alarms me: people who, like my friend in the story above, find themselves more offended by the calling out of bigotry than the bigoted opinions themselves.

I call these people bigotry enablers. They are not outright bigots; they may not even have bigoted opinions themselves. The enabler, through his or her distaste for anything perceived as personally offensive, speaks out against the person giving offense, inadvertently entering the conversation on the side of hate and prejudice. The enabler is selfishly more concerned with their immediate comfort than with confronting injustice.

Their goal is to stifle the conversation before it happens, ensuring that they do not have to deal with any discord among their peers. They are social cowards, fighting to preserve a façade of mutual respect. They consider people like myself to be, among other things, assholes with superiority complexes.

With indignation, they cry out, “How dare you challenge someone’s beliefs! How can you be so rude?” To this, I answer thusly: If you find yourself offended by my support of equality, then you are precisely the type of person worth offending.

Defending the bigot over their challenger only serves to reinforce the ramparts of hate and prejudice. When I discussed the media giving a platform to bigots, I wrote,

“[P]resenting such bigoted, ignorant views on an authoritative media outlet makes them appear as valid, rational positions to advance in civil discourse.”

The enabler serves much the same function among peers, granting underserved authority to a repulsive, detestable, injurious opinion. The difference is, unlike the media, the enabler wants the conversation to stop so they don’t have to feel uncomfortable; my friend would rather I shut up than call a spade a spade or, in this case, a bigot a bigot.

I want to end on more personal note. I am proud of my work on this blog and grateful for the platform it provides me. My work on here reflects my behavior in my personal life – I am just as willing to tell a homophobe they are a bigot to their face as I am willing to write about it.

I will not shy away from conflict because it will hurt someone’s feelings. Certain feelings deserve to be hurt. I hope that in some small way I can encourage my readers to feel the same way. Do not let enablers stifle your voice; do not be afraid to rock the boat.

Rock that boat. Capsize it. If being intolerant of intolerance makes you a bigot, I encourage you to be the loudest bigot you can be. 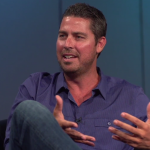 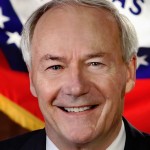 April 1, 2015 Wal-Mart asks Arkansas governor to veto religious freedom bill
Recent Comments
0 | Leave a Comment
"Tom Hughes --- Gee, you're clearly quite intelligent. I bet you're in Mensa. The MAJORITY ..."
markinator Clarification on the now viral Wisconsin ..."
"Source in the Constitution?Again, you have not replied to my argument about any "except for" ..."
Alonzo Donald Trump vowed to destroy the ..."
"Tom, I gave explicit instances when getting ID and registering to vote might be difficult. ..."
Annerdr Clarification on the now viral Wisconsin ..."
"You do realise that the only person we've seen throw the word nazi around is ..."
TheMarsCydonia The Danthropology blog is moving on
Browse Our Archives
get the latest from
Nonreligious
Sign up for our newsletter
POPULAR AT PATHEOS Nonreligious
1