Pew Research report shows Catholics and Evangelicals both declining, but it’s still good news, they say. Or at least okay.

by Dan Arel and Ryan Bell 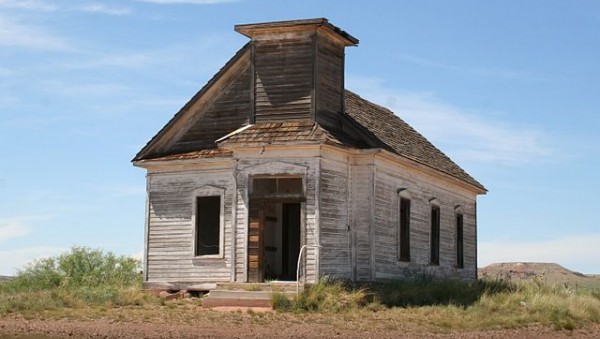 Americans are losing their religion. At least that is what a new study released this week by Pew Research has shown. The study polled more than 35,000 Americans from all 50 states and mapped changes to the country’s religious diversity over the past eight years.

The study found, too many people’s surprise, that religiously unaffiliated adults rose more than six percent, making it the country’s second largest religious demographic behind evangelical Christians, and surpassing Catholics by more than two percent.

Atheists all across the blogosphere celebrated these results as a victory for the non-religious, but this is not necessarily warranted. The religiously unaffiliated, or the “nones,” make up about 56 million Americans. Among that group, 31 percent claim to be either atheist or agnostic, a steady growth from 25 percent in 2007, but not the majority many non-believers wish it to be. And while the “nones” may be the second largest single demographic at 22.8 percent, when you combine all the branches of Christianity together you have a religious following of nearly 71 percent.

Catholics on the other hand have the opposite problem. They saw a nearly 3 million drop in membership around the country, making them now the third most popular religious demographic. Catholic writers and journalists have been scrambling to make sense of the data, from blaming a decline in traditional American families, to ignoring the trend is even happening.

This is not unlike claiming that global warming is a myth because it’s snowing in your back yard. In fact, the Pew data does explain these regional fluctuations. Certain pockets of the country, such as San Diego, California, still has a majority Catholic presence, which can explain the growth in certain parishes and dioceses, while the rest of the country is witnessing a mass exodus from the church.

Catholics are in the midst of a massive cultural change with one group believing Pope Francis is too radical and another finding him not radical enough. While the Vatican is running the PR machine at full strength to attract new members, they have yet to see results from the new strategy to suggest that it is working.

For their part, evangelical Christians are celebrating this poll as a victory for “born-again” Christians. They did not see a significant drop in their membership numbers: less than one percent since 2007.

Christian Today, a popular evangelical news magazine touted these findings as a victory for their side, sub-headlining an article, “Amid changing US religious landscape, Christians ‘decline sharply’ as unaffiliated rise. But born-again believers aren’t to blame.”

Evangelicals are not wrong to point out the fact that with all the major changes to the other mainline religions, their numbers are weathering the storm the best so far. Evangelicals are even excited to learn that 19 percent religiously unaffiliated children have converted to evangelical Christianity in adulthood. Though quick to ignore that 35 percent of their followers leave the religion upon entering adulthood, placing them fifth among retention rates.

Evangelicals may not be to blame for the sharp decline in Christianity, but they are not helping. Their growth rate does not suggest they are picking up those leaving other religious groups in high numbers. Most adults walking away from mainline Christianity are becoming unaffiliated, not evangelicals. They are converting mainline Protestants at 19 percent, but 26 percent of those leavening remain unaffiliated.

Evangelicals have demonstrated a ready supply of theological explanations as well. When their numbers grow and new churches are started, this is celebrated as a sign of God’s blessing. When numbers decline and people leave to join the ranks of the unaffiliated, Christians are quick to say that this, too, is God’s work.

Russell Moore, president of the Ethics and Religious Liberty Commission of the Southern Baptist Convention, calls the new research results “good news for the church.” According to Moore, this is what he has been predicting all along. The fact that there are fewer fake Christians and more honest atheists is a sign of progress. “Good riddance,” he says, to cultural Christianity that accommodates its beliefs and teachings to modern science and social ethics.

Evangelicals, it appears, see any demographic trend as a sign of God’s blessing. Though their current majority position gives them a great deal of political power, they may rethink the “blessing” of numerical decline if current trends continue into the future. 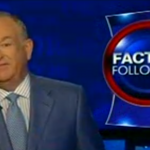 May 14, 2015
Bill O'Reilly blames rap music for the decline of religion in the US
Next Post 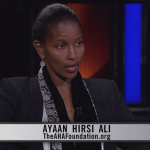 May 16, 2015 Ayaan Hirsi Ali visits Bill Maher: Why do liberals overlook Islamic extremism?
Recent Comments
0 | Leave a Comment
Browse Our Archives
get the latest from
Nonreligious
Sign up for our newsletter
POPULAR AT PATHEOS Nonreligious
1