Bed-sharing with Babies and Fun with Pediatricians

Bed-sharing with Babies and Fun with Pediatricians May 7, 2015 Shanon Nebo 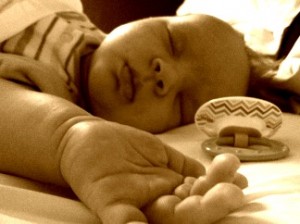 Skepticism makes for a pretty valuable tool in parenting. It allows parents to make truly informed choices for their children instead of decisions driven by tradition, anecdotes, and superstition. But what do you do when one of your experts, your pediatrician, might be wrong? The question is on bed-sharing with infants, and the American Academy of Pediatrics takes a firm stand against it. However, lots of parents still practice it either on purpose or by accident.

With my first son, I adhered to my pediatrician’s advice and put him in a crib to sleep every single bleary-eyed night. He cried when I put him down in his crib, so I would have to hold him and rock him until he fell asleep, or I endured his crying until he finally gave up. Doing this during the day was tiring enough, but trying to keep my eyes open at night while rocking my warm, cuddly baby to sleep was nearly impossible. At least twice I fell asleep with him in my arms while I was sitting up in my bed. Thankfully, nothing happened aside from my jolting out of sleep terrified he might have rolled into a crevice or onto the floor.

When I was pregnant with my second son, I planned on using a pack n’ play right next to my bed. I figured this was the best option and hoped it would work out, but I heard whispers on the parenting grapevine of bed-sharing. I was intrigued. Other mothers suggested I look into the merits of sharing my bed with the baby. They said that I would sleep better and that it could be done safely. How could I resist the temptation of having a newborn and being able to sleep? I did some research.

Bed-sharing is the practice of keeping your child or infant in your bed with you to sleep, and there are several ways to do it. It is very important, in the case of infants, to follow several safety guidelines and to pay attention and make other choices when bed-sharing may be contraindicated. It would make sense that a pediatrician might make these kinds of recommendations and suggestions, but that’s where the waters get a little murky. Fearing judgment and admonition, there are many parents that bed-share on purpose and chose to lie to the pediatrician. There are some parents that are honest and endure lectures from their pediatricians, too. I am one of those.

During a routine well baby check, the nurse usually asks lots of questions. One of these is about where the baby is sleeping. In my case, bed sharing wasn’t even given as an option.

“Is the baby sleeping in a crib or bassinet?”

“No. We are bed sharing. The baby sleeps in bed with us.”

At this point, the nurse may interject to advise on just how brutally horrible that is or leave it up to the pediatrician. In my case, the pediatrician chimed in on the matter.

“Is the baby sleeping in a crib or bassinet?”

(Isn’t it wonderful when you get asked the same questions twice?)

“Neither. The baby sleeps in bed with us.”

“Well, I would be amiss in my duties if I didn’t tell you that you shouldn’t do that.”

I promise I didn’t roll my eyes, but I wanted to.

“I know the American Academy of Pediatrics advises against it, but I’ve done a lot of research on the matter, and it is working out well for us. I am exclusively breastfeeding, we have cleared the bed of any heavy bedding and only use a sheet, my husband sleeps away from the baby and me, and our mattress is very firm.”

“Even a firm adult mattress isn’t as firm as a baby mattress. Have you felt those things? They are very hard.”

“Yeah…they are. I guess that’s why a newborn wouldn’t sleep so well on one.”

“Well, if the baby is placed on a soft surface to sleep, their respiration rate will drop lower and lower. That’s how SIDS cases often occur.”

Ah yes. The dreaded SIDS. Every single parent of a baby ever has feared it, including me. I doubled up on my research later that night, partially to figure out if I really was putting my baby in danger, and partially to have something to do while I listened steadfastly for the sound of the baby breathing beside me.

SIDS (Sudden Infant Death Syndrome) really is terrifying because there is a very limited amount you can do to prevent it. Putting babies on their backs to sleep has done a lot to combat infant deaths, but SIDS still claims the lives of babies that are sleeping safely in AAP-approved cribs on their backs without anything else in their environment to contribute to an inability to breathe or rouse from sleep. Even if you follow every single guideline and buy every gadget, there are no guarantees.

The reason why the AAP advises against bed-sharing is because a study showed a correlation between SIDS incidents and bed-sharing. This might seem proof enough to advise against the practice, but the lack of accounting for other contributing factors in conjunction with practicality and realistic parenting might show otherwise.

The study does not account for other factors that increase SIDS risk in infants such as:

-having one or more smoking caregivers

-having a mother who smoked during pregnancy

-bed-sharing with someone other than the primary caregiver

-baby having a low birth weight or being premature

-bed-sharing with a caregiver affected by sedative drugs or alcohol

-bed-sharing on a couch or in a chair

-bed-sharing in an environment with loose pillows, stuffed animals, or heavy blankets

-caregivers with long hair not properly securing hair away from baby

This is not to vilify some mothers for their choices, but to show that there are plenty of easily applied techniques to make bed-sharing safer. Additionally, accidental bed-sharing sometimes occurs, and it is important to allow space for those incidents in the safest environment possible. Shaming and scaring parents with threats of SIDS isn’t particularly informative or helpful.

Currently, there isn’t enough information to prove beyond a doubt that the rates of SIDS in bed-sharing cases and crib-sleeping cases are the same once all risk contributors have been factored, but it is entirely possible. Parenting is not a clinical process and sleep arrangements and strategies have to work for the entire family to be successful. For many parents, bed-sharing allows them to get more sleep, which means they are able to be more rested and provide a higher quality of care than their sleep-deprived counterparts. Bed-sharing is also linked to prolonged breastfeeding, which has been shown to reduce SIDS risk among other benefits.

A tired mother deciding to nurse in a chair instead of her bed for nighttime feedings runs the risk of falling asleep during feedings. The infant would fare better rolling onto a flat mattress than into the crevice of an armrest or onto the floor if the mother were to drift off. Additionally, the infant would be even safer if the mother were mindful enough to throw back any heavy blankets and make sure that pillows are positioned out of the way. However, if American pediatricians are simply advising against bed-sharing in all of its forms, they aren’t making realistic and safe recommendations for real life parenting situations.

I’d love to say that I’m always completely alert and committed to the safety of my baby when he rouses at 3am to be fed, but the truth is, sometimes my head lolls and my eyelids flutter as I fight the urge to close them…just for a few seconds. Bed-sharing allowed me to get more sleep in the first six weeks of my baby’s life which helped me to be more patient with him and be more diligent in feeding him on demand. When we transitioned away from bed-sharing, it wasn’t because I was scared into submission from our pediatrician, but because the needs of our family changed as the baby got older. At no point did I have to use a cry it out method to get him to sleep in the pack n play. It was a sleep location and environment that provided what he needed to fall asleep and stay asleep, and the transition was gradual and well-tolerated.

I encourage people to be honest with their pediatricians and to work with them on solutions that fit the family as a whole, but I understand why some might choose to lie about bed-sharing. In my case, safe practices weren’t even mentioned. I just had to endure finger-wagging and SIDS scare tactics. Even when I brought up how I planned to make bed-sharing as safe as possible, there was very little listening happening, which is discouraging. I have to admit, flouting my pediatrician’s advice felt a lot like what so many anti-vaxxers do, which made me re-examine my conclusions. But the more I looked, the more I realized that the AAP recommendations are based on a study that does not account for several sleep factors and that recommendations from other doctors for safe bed-sharing practices exist for a reason.

Additionally, the AAP recommends sharing a room with your infant, if not a bed, for the benefit of proximity. In an article published by the AAP, it even admits that up to 45% of parents bed-share and that bed-sharing has a strong correlation with facilitating breastfeeding. The reasoning against bed-sharing has more to do with a potential increase in controllable risk factors, so it would make sense that eliminating those risks would be sound pediatric advice, especially if so many parents are reported as doing it anyway. Why my pediatrician volunteered only threats of worst case scenarios, I don’t know. It seems like the application and failure of abstinence only sex education. If people are going to do it regardless, it makes more sense to instruct them on how to do it safely.

For more information on bed-sharing, co-sleeping, and SIDS risk:

Co-sleeping and Bed-sharing in KellyMom

SIDS and Other Sleep-Related Infant Deaths: Expansion of Recommendations for a Safe Infant Sleeping Environment 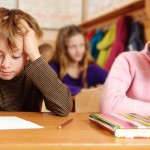 May 7, 2015 Alabama bill to protect kids from learning ‘they came from a monkey’
Recent Comments
0 | Leave a Comment
Browse Our Archives
get the latest from
Nonreligious
Sign up for our newsletter
POPULAR AT PATHEOS Nonreligious
1