Bernie Sanders in 2012: ‘the American people are angry’

Over at the DailyKos, they have one of presidential candidate Bernie Sanders best speeches. If more Americans hear this speech, it could really give politicians like Hillary Clinton a run for their money.

Here is the video and below that are some of my own (and those of DailyKos’) favorite moments.

There are workers out there 50, 55 years old who intended to work the remainder of their working lives, suddenly they got a pink slip, their self-esteem is destroyed, they a€™re never going to have another job again and now they a€™re worried about their retirement security.

And as a result of this disastrous Citizens United decision which is now two years old, one of the worst decisions ever brought about by the Supreme Court of this country, a decision that they just reaffirmed a few days ago with regard to Montana, what the Supreme Court has said to the wealthiest people in this country, okay, you own almost all the wealth of this nation that’s great, now we a€™re going to give you an opportunity to own the political life of this nation. And if you’€™re getting bored by just owning coal companies and casinos and manufacturing plants, you now have the opportunity to own the United States government.

Well, that’€™s not what America is about. That’€™s not what people fought and died to create. With that, we have got a fight on our hands. The job of the United States national is to represent the middle-class families of this country, all of the people, and not just the super-rich. I hope we can begin to do that. 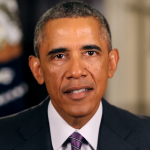 May 4, 2015
Obama says there is ‘no dispute’ men of color targeted by police
Next Post 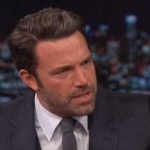 May 4, 2015 Fear of Prejudice May Have Killed The Enlightenment Project
Recent Comments
0 | Leave a Comment
"Tom Hughes --- Gee, you're clearly quite intelligent. I bet you're in Mensa. The MAJORITY ..."
markinator Clarification on the now viral Wisconsin ..."
"Source in the Constitution?Again, you have not replied to my argument about any "except for" ..."
Alonzo Donald Trump vowed to destroy the ..."
"Tom, I gave explicit instances when getting ID and registering to vote might be difficult. ..."
Annerdr Clarification on the now viral Wisconsin ..."
"You do realise that the only person we've seen throw the word nazi around is ..."
TheMarsCydonia The Danthropology blog is moving on
Browse Our Archives
Follow Us! 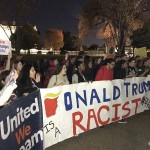 Nonreligious
Today as millions of Americans take to the...
Danthropology 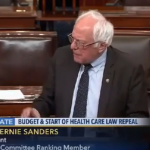 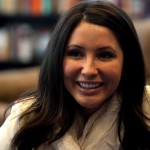