Bill Nye explains why he finally changed his mind on GMOs

Bill Nye explains why he finally changed his mind on GMOs May 11, 2015 Dan Arel 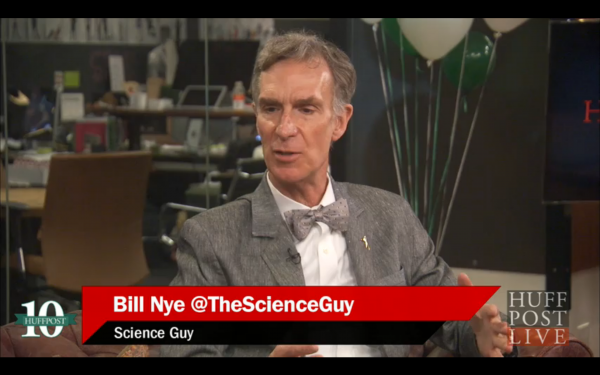 Bill Nye stopped by Huffington Post Live this week and finally discusses why he came around and now accepts that GMOs are safe and beneficial.

After originally publishing skepticism for modified foods in his book Undeniable, he stated in April that he met with GMO scientists and his mind had been changed.

“GMOs are not inherently bad,” he explained to host Josh Zepps. “We are able to feed 7.2 billion people, which a century and a half ago you could barely feed 1 and a half billion people and [it’s] largely because of the success of modern farming.”

And while celebrating the science and benefits of GMOs he did still put up some caution, mainly that we must always proceed with caution to make sure our modifications do not have “unintended consequences” on local ecosystems.

You can watch the clip of the interview below. 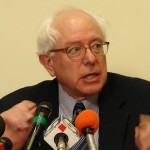 May 11, 2015
Why Bernie Sander's run for president matters in the current political environment
Next Post 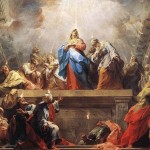 May 11, 2015 Murderous Saul in AD
Recent Comments
0 | Leave a Comment
"Tom Hughes --- Gee, you're clearly quite intelligent. I bet you're in Mensa. The MAJORITY ..."
markinator Clarification on the now viral Wisconsin ..."
"Source in the Constitution?Again, you have not replied to my argument about any "except for" ..."
Alonzo Donald Trump vowed to destroy the ..."
"Tom, I gave explicit instances when getting ID and registering to vote might be difficult. ..."
Annerdr Clarification on the now viral Wisconsin ..."
"You do realise that the only person we've seen throw the word nazi around is ..."
TheMarsCydonia The Danthropology blog is moving on
Browse Our Archives
get the latest from
Nonreligious
Sign up for our newsletter
POPULAR AT PATHEOS Nonreligious
1