Court Ordered Mutilation and the Case Against Circumcision

I am against circumcision, but I wasn’t always.

I used to think it was the “normal” thing to do, as every penis I had ever seen was circumcised. The assumed benefits of the procedure coupled with the understanding that any possible trauma would evaporate into the ether of newborn memory outweighed the brutality of it. I couldn’t believe that American society at large as well as pediatricians and obstetricians would allow and even embrace a painful medical procedure that wasn’t beneficial.

My first son, now eleven, is circumcised. I remember being shocked that insurance didn’t cover the procedure because they deemed it “elective”. I thought, at the time, that it was just a technicality used to avoid shelling out any more money than they absolutely had to. I remember the nurses taking my little boy away and then bringing him back asleep. I thought it must not have been that bad and they assured me it wasn’t, but I still felt guilty. I thought it was the first of many times I would have to put him through painful experiences for his benefit and chalked it up to a burden of parenthood. 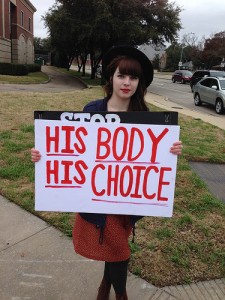 My second son, now three months old, is not circumcised. In the time between sons, I’ve learned a lot and have surrounded myself with a fairly skeptical crowd. I had heard it mentioned that circumcision wasn’t all it is cracked up to be and that it isn’t just unnecessary, but potentially harmful. Remembering the guilt I felt at having sent my first son away with the nurses for his, I have to admit I was pretty eager to discover good reasons for not having to put another baby through that.

Before educating myself about the intact penis, I had heard that they were unsavory hang-outs for germs, dirt, and smegma. People would talk about how they knew someone that wasn’t circumcised and had to have the procedure done later because of infection. I heard, many times, various renderings of, “Boys are gross and won’t clean their gross penis.” And then I thought, “How in the hell have we survived as a species when the ‘au naturel’ penis puts its owner in such peril?”

In short, it doesn’t.

Circumcision is a strange procedure steeped in sexually oppressive religious roots with shallow medical justifications based on outdated or incomplete research. Studies on newborn pain and common practices regarding the management of pain in newborns would also deem this procedure cruel. The permanence of the procedure and lack of ability to procure proper consent for it make it immoral.

Heather Hironimus has made national news by standing up to a judge and the father of her four year old son against circumcision. The boy made it clear that he does not want to have the procedure and his doctor made it clear that the procedure isn’t needed. Her requests for a psychological examination for her son in regards to the ramifications of his mental well-being and an independent legal guardian to advocate for him were denied. When the judge found for the son’s father and ordered her to surrender her son for the procedure, she fled to an abuse shelter with her child. An attempt was made to block the circumcision order when she filed a federal lawsuit after her arrest, but it got little traction. She was ultimately coerced into giving up her fight and signing the consent form for her son’s circumcision.

Despite the regrettable outcome of the case, and I hope it will shed light on the realities of the procedure.

Parenting is probably one of the most harshly judged activities an adult human can do, and bucking tradition for science might make the most sense from a logical standpoint, but I understand that emotion plays a huge role in the decisions parents make for their children. When I encounter parents of circumcised boys, I don’t take it as an opportunity to point out a wrong-doing. However, I would encourage discussion about the topic, especially when participants are receptive to learning and listening to each other.

For more information on criticism of circumcision:

Myths About Circumcision You Likely Believe 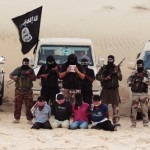 May 22, 2015
U.N. official says the Islamic State burned a woman alive for not engaging in an ‘extreme’ sex act
Next Post

May 24, 2015 Josh Duggars police records ordered to be destroyed by judge with connection to Mike Huckabee
Recent Comments
0 | Leave a Comment
Browse Our Archives
Related posts from Danthropology