Ken Ham says building his ark is more important than feeding the homeless May 26, 2015 Dan Arel

A common question asked when the religious ask for massive sums of money for construction or personal projects is, “why not use that money for something better, like feeding the homeless?”

Well, this is exactly what is being asked of Ken Ham, who is trying to raise 29.5 million dollars to build a life-size ark that he believes resembles the Noah’s Ark story from the Bible.

“Nearly every time I post an update on the exciting Ark Encounter project, there seem to be those habitual complainers who claim the money should be spent on the poor instead and not be ‘wasted’ this way,” Ham said on his AiG blog.

“The Ark project (like the Creation Museum) will in a professional, powerful, and gracious way present the truth of God’s Word and the Gospel. Sadly, even some people claiming to be Christians complain about the Ark project and that the money should be given to the poor instead. Such people either don’t understand or don’t seem to care about the millions who will be reached with the most important food in the universe —the spiritual food of the saving Gospel — the very message that their eternal life depends on,” he added.

In 2013, 49.1 million Americans lived in food insecure households, including 15.8 million children, according to Feeding America. Yet, Ham doesn’t want to help give them food, he wants to build a theme park they cannot even afford to get into so they can have some spiritual food.

Ham added that his organization does work to feed the poor, but again, ignores the already nearly 20 million dollars he has gathered for his park and just how many meals that could buy. Encouraging people to help feed the homeless is one thing, but refusing to do so is another.

Ken Ham is simply refusing to help feed the poor because proving naysayers wrong and sticking it to atheists who don’t want to see a massive useless park built is far more important than children going to bed without a meal.

He added that while feeding the needy and meeting their needs may be important:

“It is even more important to help meet their spiritual need — the need to come to know Jesus Christ, the Savior of the world — because lives and eternity hang in the balance.”

May 26, 2015
Ray Comfort claims Josh Duggar molested his sister before finding Christ, he was off by 7 years
Next Post 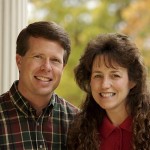 May 26, 2015 Jim Bob Duggar believes that incest should be punishable by death
Recent Comments
0 | Leave a Comment
Browse Our Archives
get the latest from
Nonreligious
Sign up for our newsletter
POPULAR AT PATHEOS Nonreligious
1