An open letter to CJ Werleman 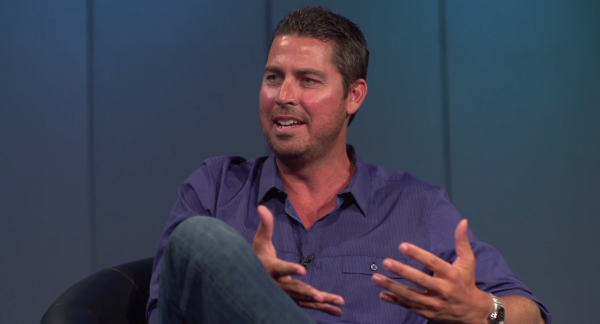 The following is an open letter to CJ Werleman, who was at one time a friend and a mentor, but whose actions since October 2014 have forced me to distance myself and break off a friendship that I really enjoyed and at one time cherished.

Since the Chapel Hill shootings I have all but ignored you. After your blaming of new atheists and claiming that those like Sam Harris or Richard Dawkins have blood on their hands, then writing that new atheists are white supremacists, and then an attempt to tie new atheists to the recent shooting in Charleston, I have had enough.

Yet recent remarks have thrown you back into my timeline. I have been questioned about my prior friendship with you, and I realize I have never really addressed these things. Then I saw you tweet my friend Josh Kelly and ask, “What on earth have I ever done to you, Joshua – other than help you get your book published and give you public praise?” And I realized that question applied to me as well.

I will always be grateful that you believed in my book, that you offered me guidance and helped me get some of my very first paid writing jobs. These are not acts I have forgotten, and I never will. But my fond memories and gratitude are not enough to forgive your actions that followed such deeds.

When you were outed for plagiarism, I gave you the benefit of the doubt. I even believed that it could be as you claimed, sloppy journalism. Like me, I don’t believe you have a formal education in journalism. You write because you love it. For some of us, mistakes are made along the way, and we learn from them. I believe in second chances, and I was willing to let you regain my respect and trust as a journalist for your actions, but I feel you failed to grasp the true severity of them and instead decided to attack those who outed you.

Your “apology” read as a mere attack on Sam Harris, blaming him and his fans for exposing you. But they were not the problem, your plagiarism was. You attempted to out Harris as a plagiarist and it failed miserably, but you refused to accept what happened and kept blaming everyone else. This deeply saddened me, and it was very hard to watch.

From there, you went on the direct attack to vilify every new atheist that exists, using quotes from books out of context, to even quoting Hitchens celebrating the Iraq war while never checking to make sure they were actual quotes from Hitchens. Again, this was sad and hard to watch.

But you ask, “What on earth have I ever done to you?”

You called me a racist, a white supremacist, you put blood on my hands and you claimed I was a fundamentalist secularist. You may not think you did, but you did without a doubt because I openly accept that I am what people label a “new atheist.” And since you have decided to write all new atheists off in one broad stroke, you have included me.

I think your ideas are wrong. I believe they are not motivated any longer by what you believe, but by what you have to say to be a part of your group. You claim new atheists are a religion and dangerous and accuse them of worshipping at the feet of Dawkins, Harris, Hirsi Ali and Hitchens. Yet you fail to see what the rest of us see, and that is you clearly do the same with Max Blumenthal, Reza Aslan, Glenn Greenwald and the rest of the writers who have realized attacking “new atheism” is a profitable business and have decided to drag liberalism through the mud by excusing religion’s role in atrocities in places like Africa and throughout the Middle East.

I followed you down the rabbit hole. I listened to your arguments, and you did force me to critique and be more aware of American imperialism and policies that help these Islamic groups function. But I believe you’re wrong about Islam being free of blame. I could not claim that Islamic teachings or the Quran had nothing to do with it. And for this, by default, I became the enemy. I was labeled a racist, because you bought into the false notion that criticizing Islam is criticizing Muslims. You refused to see the difference, the very stark difference, between right-wing hatemongers protesting mosques, and vocal religious critics who have never voiced support for such actions. Doing so would have disrupted your narrative and would have put you at odds with the Blumenthals and Aslans who took you in after you were chased out of the new atheist “community”.

The lengths I see you go to misrepresent the new atheists I listed above shows me a character I cannot endorse and whose actions I cannot condone.

And to touch the recent string of racist, bigoted and outright disgusting tweets by you, they expose a new level of hypocrisy in your claims and writing.

I am willing to accept that you no longer believe the things you once said. We all have a past we are often not proud of. But to have your past so racist, so bigoted, and then to attack others claiming they are racist bigots, when they have never said the hateful things you have said, is outright mindblowing. You have traded in one hateful, dangerous and bigoted belief system for another. You didn’t learn from your past, you simply found a new target.

I am saddened it has come to this. I am sad that someone I once called a friend and mentor has become someone who I cannot simply disagree with but someone whose actions I find deplorable and dangerous. You are the very thing you claim to hate, you’re just on the other side, and you either refuse to see it or refuse to admit it.

I wish you no ill will, but I will continue to be a voice that opposes your viewpoint and exposes the hypocrisy in your words. I will continue to fight for secularism and oppose harmful religious beliefs and will not be bullied away from doing so by buzzwords and false accusation.

In a perfect world, this letter would have been private, but when my credibility comes into question because of my past association with you, and because you have been so openly vocal about your hatred for new atheists, I felt it was necessary for everyone involved to know where I stand.

My hope is our disagreements will be civil, but I will not stand idly by while you accuse my friends and colleagues of racism and bigotry and attempt to hold them accountable for acts of violence. 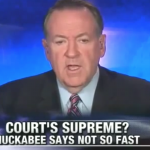 Trump Administration Directs Coronavirus Relief Funds To Bail...
This is an outrageous violation of church and state separation.
view all Nonreligious blogs
What Are Your Thoughts?leave a comment
Copyright 2008-2020, Patheos. All rights reserved.