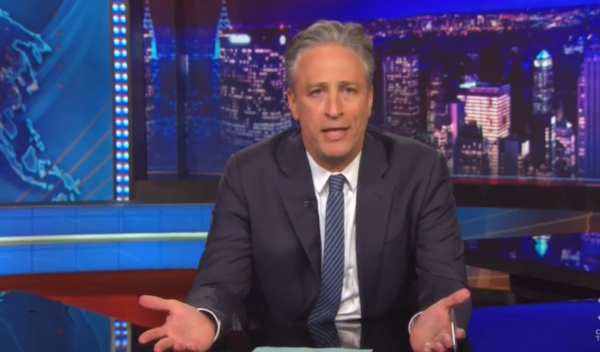 On Thursday night’s episode, Jon Stewart began The Daily show by apologizing for having no jokes to tell.

He said after hearing the news of the shooting at the Emanuel African Methodist Episcopal Church in Charleston, South Carolina Stewart said, “I honestly have nothing, other than just sadness.”

“By acknowledging it,” Stewart pointed out, “by staring into that and seeing it for what it is, we still won’t do jack shit. Yeah, that’s us. That’s the part that blows my mind.”

He then discussed that the media wants to spin some nuance on this issue and pretend it is not racially based and that we as a nation pretend the gaping wound of racism doesn’t exist in the US and how our government tells us they are protecting us from terrorism every day, and we fly “death machines” over at least five different countries yet what these terrorists can do to us pales in comparison to what we can do to ourselves.

He closed by saying that this issue is black and white, this was an act of terrorism he affirmed. A racist walked into a church and killed nine people, in a state which flies a Confederate flag and still names roads at Confederate generals.

“You can’t allow that. Nine people were shot in a black church by a white guy who hated them, who wanted to start some sort of civil war. The Confederate flag flies over South Carolina, and the roads are named for Confederate generals. And the white guy’s the one who feels like his country’s being taken away from him.”

You can watch the video below. 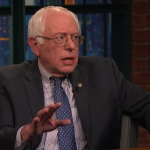 June 18, 2015
Bernie Sanders calls the Charleston shooting an 'act of terror'
Next Post 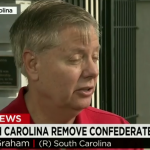 June 19, 2015 Lindsey Graham says the Confederate flag is 'part of who we are'
Recent Comments
0 | Leave a Comment
Browse Our Archives
Follow Us!