The Blaze’s Matt Walsh is upset he can’t get an erection over Caitlyn Jenner pictures June 6, 2015 Matthew O'Neil

Matt Walsh, a writer and alleged “truth-teller” over at the Blaze, recently left a long, uninformed, incredibly transphobic post about Caitlyn Jenner “not really being a woman”. 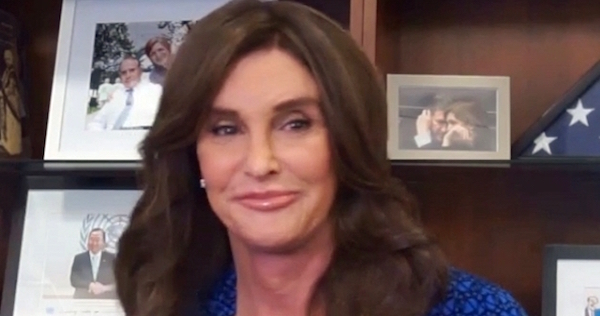 Walsh’s article is filled with many assumptions; many of them questioning the mental status of Jenner. Clearly Walsh holds no qualifications to make any such judgements, as many of his claims are based more on Jenner’s appearance than anything involving anything said by Jenner admitting any kind of mental anguish, regret, or despair. The one time Walsh does reference Jenner having an episode, that of a panic attack, he assumes this equates regret and will lead to something worse. If he had read any more into the article, he would have seen that Jenner was assured that such an episode was normal, expected, and would quickly pass. All things considered, it seems Jenner is absolutely thrilled with her decision to have gender reassignment surgery done. At least in the public eye.

I will say he had a point when, in the article, he says some transgendered individuals feel regret and suicidal after the reassignment operation. Walsh attempts to make it appear that this must be what Caitlyn is going through; that she must be depressed and really regretting her surgery. Well, the studies do indicate that, yes, there is a higher risk of suicide post-op for transgender individuals. However, it is higher in women transitioning to men than men to women. And the issue arises with transsexuality not being corrected, but it does help with the body dysmorphia that transgender people are facing pre, or without, surgery.

That is the only place I agree with Walsh, as the rest of his article does exactly what Jon Stewart of the Daily Show said everyone was doing; he focused on how Caitlyn looked. Aside from the snide refusal to refer to Caitlyn by the gender she now identifies as, he frequently remarks that the image on the cover of Vanity Fair is “profoundly disturbing”, Jenner is “far from having the appearance of a genuine woman” [emphasis my own], “tragic”, “horrifying”, “wrong”, “Disgusting”, and that “Bruce Jenner in drag is not beautiful”. This may make a great case for Freud, but I suppose it is not my place.

Couple this with the numerous comments of Photoshop being used on the image, it seems very obvious that Walsh is upset that so many people find Jenner stunning in her photo. Maybe he is upset, going into questionable detail about how much silicone and estrogen must be going into Jenner’s breasts, that this does not provide any sort of sexual excitement for him. Well, because it does nothing for him, then it must be Jenner is not really a woman. Again, I am no psychologist, but the over-emphasis on Jenner’s appearance raises an eyebrow or two.

And since we are talking about non-qualified individuals making assessments, Walsh consistently remarks that Jenner must be “mentally disordered”, she is “abandoned to [her] delusions”, Jenner is changing her appearance “schizophrenically”, and those that support Jenner are “narcissistic imbeciles”. I have enough problems with teachers attempting to diagnose mental diagnoses on the children they teach (and it happens a lot more than I would like to admit), but an unqualified blogger who makes such an assessment (especially one that makes the absurd claim of being a “truth-teller”) seems outright ridiculous. Especially since, according to the American Psychological Association, transgenderism is not classified in any such way. In fact, the APA supports

The APA also offers some insight as to why Caitlyn Jenner’s revelation may be such a big deal. It states,

[Transgender persons] may not only experience an inner sense of not belonging but also discrimination, harassment, sometimes lethal violence and denial of basic human rights. These issues, too, often bring transgender people into contact with mental health professionals.

In 2012, it was reported that 45% of hate crime murderers were committed against trans women alone. And in May of 2014, 10% of hate crime murders committed were against transgender youth. So, when people like Walsh can only equate bravery with acts done in a war zone, as he does, and belittles the bravery shown by people like Jenner and Michael Sam, who was given the award for being openly gay in the NFL, he helps contribute to these statistics.

Walsh clearly has a particular view of the world; one that he admits is made up of conservative views and values. He denies that any man would marry a woman knowing that she had identified or was biologically born, as a man. But the only person he can speak for with such a view is himself. He cannot possibly know how anyone, other than himself, would feel if they found out their significant other was of the opposite gender. Though he doesn’t address women transitioning into men, just men to women. So, I suppose transgender men are off the hook, in Walsh’s book.

Walsh also makes the claim that “progressives” cannot have both feminism and transgenderism, which he makes the very classy decision to put in quotations; we must choose which we can have. Because, if men can identify as women, then all the hoopla over allowing women to be okay without the constraints of all those visual things that true, manly-men need in order to be aroused by a woman are out the window, as we are clearly allowing Jenner to do all that for the cover of Vanity Fair and have hormone therapy, wear makeup, a push-up bra, and so on.

Walsh doesn’t realize that they are two sides of the same coin. And the thin sliver in between those two sides is the part that allows men to express themselves in ways that would, otherwise, be seen as feminine in our culture. A man, I would assume in Walsh’s view, cannot express that he thinks another man is attractive, because that would mean he really wants to have intercourse with him as any expression of attractiveness automatically leads to a sexual desire. A man cannot wear particular clothing because if it is viewed as feminine, it means he cannot hold his masculinity together and deserves ridicule. But the same goes and is often worse, for women. If they express that someone looks attractive, regardless of gender, that woman must be a slut and wants to have sex with that person. If a woman dresses in masculine clothing, she must really want male genitalia and is labeled with “butch”. If she asserts herself, similarly to how society expects men to, a woman is seen as pushy and cruel, so we have to dissuade women from such behavior. After all, they must maintain that sensitive, delicate image our culture has expected from her.

This isn’t all philosophical, made-up drivel. It is a very real consequence of what is going on in our world, because of the heavy gender stereotypes and expectations. It even results in homophobic attacks, violence, and even death when the individuals are not gay to begin with. As the study shows, these assertions are made against cross-gendered/sexual boundaries. So, again, Walsh demonstrates a complete lack of education and awareness on the subject.

Walsh seems to, really, think that it is all based on biology. So that must mean women who have had mastectomies are no longer women. Or men who have had testicular cancer, and had testicles removed, are no longer men. Perhaps a woman has had ovarian cancer and had her ovaries removed. Is she still a woman? Is John Bobbit still a man, after what his ex-wife did to him? Physically, those things change. And if a person, who has identified as one particular gender their whole lives, does not feel their gender is different after the fact, then why is Caitlyn Jenner any different?

We already know Walsh has made a number of assertions about the psychology of Jenner, but let’s ask another question. He made a statement that “[a man] will never be born with a woman’s brain”. Leaving aside how well he is capable of making such an assumption, let’s assume Walsh has always woken up and never questioned that he is a man. Certainly, that seems to be the case, as he implies no one should feel otherwise if he hasn’t. But, let us pretend they discover ovaries and a vagina under his testicles one day. By golly, it looks like Walsh would really be a woman, by his own definition. Let’s forget that feeling he’s always had, the children he’s conceived, and the arousal he feels looking at cis-gendered women; Walsh is, and always has been, a woman!

The only difference between this hypothetical situation and Jenner’s is that Jenner has always known she was in the wrong body. Jenner knew she was different, and now she has been given the chance to come out and openly identify as the person she has always known she was. Yes, I do agree she has a privilege that many other transgender individuals are not afforded; she had the money, capabilities, and status to allow her the freedom to do so. But, by creating such a huge positive reaction, and by going public to help inform open-minded individuals, she has helped create a platform, and inspire, those who are with fewer means than herself. If she did not open about her gender identity, fewer people would feel encouraged to do so. She took the platform she was given, and a very large one at that, and did a great service for those who identify in a similar way.

I would welcome Walsh to realize he leads a privileged life, and he should be grateful he does not have to face the mocking or potential violence against his life that people like Jenner or Michael Sam face simply for being open about who they are. Sadly, I’m sure these words are useless in helping change his mind. 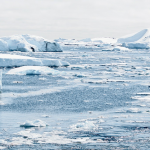 June 8, 2015 For only $20 you can visit the Ark Encounter construction site and view concrete pillars
Recent Comments
0 | Leave a Comment
"Tom Hughes --- Gee, you're clearly quite intelligent. I bet you're in Mensa. The MAJORITY ..."
markinator Clarification on the now viral Wisconsin ..."
"Source in the Constitution?Again, you have not replied to my argument about any "except for" ..."
Alonzo Donald Trump vowed to destroy the ..."
"Tom, I gave explicit instances when getting ID and registering to vote might be difficult. ..."
Annerdr Clarification on the now viral Wisconsin ..."
"You do realise that the only person we've seen throw the word nazi around is ..."
TheMarsCydonia The Danthropology blog is moving on
Browse Our Archives
get the latest from
Nonreligious
Sign up for our newsletter
POPULAR AT PATHEOS Nonreligious
1