Pat Robertson tells grieving mom: “Your dead baby could have been Hitler” 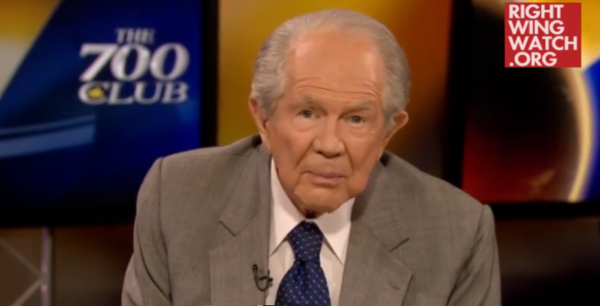 Pat Robertson has said some really dumb things, like warning people they can get AIDS from towels in Kenya, or that an 80-year-old women should get a job to keep tithing at her church.

But this, this may take the cake. I don’t even fully know how to respond to this without just using a lot of curse words.

When Robertson, host of The 700 Club, was asked by a viewer why God would allow a helpless infant to die in the hospital, he responded by saying:

This not only begs the question as to why God would create a child who would grow up to be any of those things, it also highlights what an insensitive dickhead Robertson really is.

Because he feels the need to justify infant deaths, he actually tells a mother God was doing her a favor!

Also, why didn’t God kill the actual Hitler or Stalin as an infant then?

You can watch the video here, but I warn you, your head is about to hit the desk very hard.

June 8, 2015
For only $20 you can visit the Ark Encounter construction site and view concrete pillars
Next Post 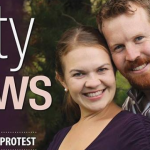 June 10, 2015 Christian couple threatens to divorce if same-sex marriage is legalized in Australia
Recent Comments
0 | Leave a Comment
"Tom Hughes --- Gee, you're clearly quite intelligent. I bet you're in Mensa. The MAJORITY ..."
markinator Clarification on the now viral Wisconsin ..."
"Source in the Constitution?Again, you have not replied to my argument about any "except for" ..."
Alonzo Donald Trump vowed to destroy the ..."
"Tom, I gave explicit instances when getting ID and registering to vote might be difficult. ..."
Annerdr Clarification on the now viral Wisconsin ..."
"You do realise that the only person we've seen throw the word nazi around is ..."
TheMarsCydonia The Danthropology blog is moving on
Browse Our Archives
get the latest from
Nonreligious
Sign up for our newsletter
POPULAR AT PATHEOS Nonreligious
1