When a non-believer faces tragedy

I’m a medical anomaly, of sorts. Aside from being the most accident prone member of my family, breaking a wrist and getting sand lodged in my eye in one summer, I was also diagnosed with juvenile, type one, diabetes when I was seven. Needless to say, I was in and out of hospitals pretty regularly.

So when I was ten and they had me get an x-ray of my chest, I didn’t think much of it. At this point, I was used to new tests being done. I couldn’t link the x-ray in any way with my diabetes, but I never thought to.

A week or so after the x-rays, my parents sat me down to tell me that the x-rays were done because the doctors heard a murmur when listening to my heart. As it turns out, I had a medical condition called hypertrophic cardiomyopathy. In lay terms, I had a thickening of the muscle tissue around my heart. It was not, and is not, a death sentence, as I am obviously still here, but it meant a change.

A change that meant I could no longer play the three sports I was involved in. I also couldn’t participate in gym class, as it was a huge liability, rough house with my brothers, or do really any physical activity beyond a light jog. My father coached all three sports I was involved in. My older and younger brothers all played them. Coupled with a shared activity I could take part in with my peers, this suddenly meant I was on the outside looking in. And it hurt. A lot.

Physically I never felt different, at first, but this led to a complication resulting in a heart attack when I turned 14 that almost killed me. I have a pacemaker/defibrillator implanted in my abdomen, and my physical activity has become even more limited. It is to the point where, very literally, I get winded walking up a flight of stairs. Anything beyond walking at a normal pace feels like sprinting, pulse-wise. But I guess I can’t say from memory, as it has been 17 years since I had my heart attack.

All things considered, however, I live a relatively happy life. I face all the same stresses as anyone, but I am (to a somewhat unhealthy extent) optimistic and happy with what I have done, and continue to do, with my life. Inclusive of my education, my successes in publishing my work and finding outlets to have my voice heard, and some of the stories I have to share. After I outgrew the hedonistic phase of my life, since I truly believed at one point that I might die any day, I became a rather successful adult.

One of the things I am most proud of, no contest, is my family. I have a beautiful wife that loves me and helped me become a better person, and we brought two beautiful children into the world who are, absolutely, my pride and joy. Nothing makes me happier than making them happy; and I would do absolutely anything to accomplish that. I even have the recent bragging rights of finally succeeding in getting my son, who has a huge, infectious smile, to laugh. And it is nothing short of magnificent.

When my wife was pregnant with our son, I ran into my pediatric cardiologist who, when finding out I had children, told me point blank I needed to seek genetic counseling. While I was turned off by his approach (I really think doctors need a class in etiquette and tact, but I digress…), I did what he suggested. We did some blood testing (and my children clearly have their mothers pain threshold, as I still grimace and cringe when I have blood drawn, but neither of them so much as batted an eye), and scheduled echocardiograms.

They both have it. Not just the gene for the mutation, they have the actual condition that I do. Even worse, their cardiologist, the one who told me to seek the genetic counseling, said my four month old sons heart has an incredible resemblance to mine when I was younger.

Devastation does not even begin to describe what I feel. Even looking over those words, I am heartbroken and angry. At the time, I wanted to knock over the monitors in the room, throw the trash bin, grab the doctor by the collar and scream, How can you say that? How dare you? My wife, my everything, now has to sit with so much despair! Worse, she doesn’t know what I know! She doesn’t know what it’s like to live with this disease!

Instead, I held back my tears. One of us had to, and I couldn’t ask my wife to. I needed to listen to what their doctor was saying, but I couldn’t. The focus wasn’t there. Instead I was setting fire to the world. The despair turned, very quickly, from anger at the doctor, the world, and then to myself. All I kept thinking, then and now, was “What have I done?”

This is a symptom of my upbringing as a Catholic; the “Catholic guilt” so many of my friends still pick on me about. I grew up in a house that was devout and attended mass weekly. I never thought it had much of an effect on me until I read Daniel Quinn’s the Story of B. In the first monologue of the book, the character known as “B” tells an audience that the reason people continue to go to church is that they are told ad nauseum that they are wicked, sinful, and deserve nothing more than punishment and separation from God. But they go to church to try and fulfill that need they are told weekly, and sometimes daily, that they cannot be with him. The psychology of wanting what you cannot have, I suppose.

I attended a service recently, for a family situation, and was rather stunned to read the words to one of the prayers. In it are the words “my sins” three times, one after another. When I looked up Catholic prayer, nearly every one mentions “my sins” or “forgiveness of sins” in varying ways.

This also makes me frustrated with the scenario of “original sin”. Because, after I freaked out over what I did to my children, I started wondering what I had done that resulted in this diagnosis as a consequence. The concept of original sin is completely independent of the Bible, save for one line in the writings of Paul where he calls Jesus a “new Adam”, but he does so to emphasize the point that flesh came before spirit, and flesh cannot inherit the kingdom of heaven (1 Corinthians 15:50). Not even Jesus made any claim of original sin. But Paul was writing during a time where he felt the end of the world was coming, and that God’s kingdom was coming to earth. It’s been two thousand years, and it’s time to accept that this is uninformed nonsense.

Beside this point, Deuteronomy 24:16 reads,

So why even bother touting a point as ridiculous as humanity bearing the sins of their forefathers when, clearly, that was not something the authors of the Bible believed?

It is something, even a decade out of belief and church attendance, I still cannot shake. While it can certainly be argued that it is, genetically, my fault my children have a medical condition that I also have, it was through no fault of my own. I did not, intentionally, choose which sperm made its way to the egg. Still, the anger I have at myself, even though I am aware it is completely irrational, will not go away.

I do not wish I had refrained from having children; they are my absolute everything and give me purpose. All the “shoulda-coulda-woulda” scenarios do not matter, and will not fix the problem. Hypotheticals do nothing to make it better. I love them, and they are who they are because one particular sperm met one particular egg and changing that would make them completely different people. I do not want a different person, I want them. But I want them for who they are, and without knowing the stress and fear that I go through with my own health. Forget the fear of what might happen to another loved one.

For now, they are healthy and happy. And I suppose that is what matters most. More than that, I stay happy, and positive, with them. As much as others see a poor choice in my positivity, my children see a father who remains positive and cheers them on, even when I’m at my lowest. As long as they smile, then I know I’m doing something right. 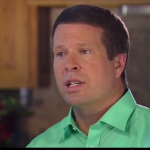 June 3, 2015
Duggars: Josh's actions were 'nothing like rape' and 'just inappropriate touching over the clothes.'
Next Post