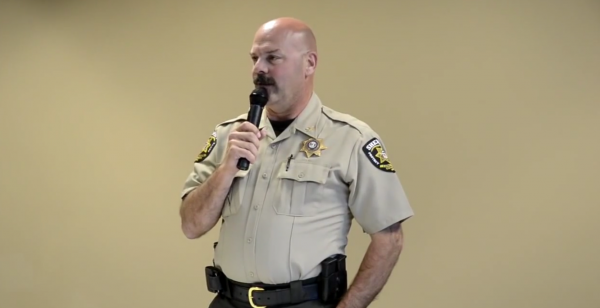 As obnoxious as it is to live in the Bible Belt, the one good thing about it is that my local news provides me with an endless supply of religious nut-jobs to blog about.

The latest crazy person to make the news in my neck of the woods is former Christian County Sheriff Joey Kyle. According to the Springfield News Leader, Kyle had stockpiled 3 tons of food in the basement of the Christian County jail. The cache of supplies was, according to interim-Sheriff Dwight McNeil, “apparently purchased as part of an end-of-time plan —part of a survival plan.”

While it is uncertain at this time exactly how the food was paid for, consider the following. Ex-Sheriff Kyle (it feels so good to write that; I despised Kyle) was convicted earlier this year of embezzling taxpayer funds and money laundering.

In addition to stealing money, Kyle also spent taxpayer money on military equipment, including an MRAP (a type of armored truck used by the U.S. Military to protect soldiers from IEDs), C4 plastic explosives, blasting caps, encrypted cell phones, and an anti-tank rocket launcher. I happen to know from personal experience (I had a friend who worked for Christian County) that firearm laws were being manipulated so that certain deputies could use their own money to purchase short-barreled, fully-automatic rifles for personal use. The weapons were then registered as though they had been purchased by the Sheriff’s office so that the transaction appeared legal.

Considering all this, it seems almost certain that the food was paid for with taxpayer money – either by being purchased directly, purchased through an embezzlement scheme, or through some other manipulation of the law.

In 2014, Kyle went to Las Vegas to attend a US Chamber of Commerce conference. When he returned, Kyle was, according to ex-Presiding Commissioner Lou Lapaglia, “all jacked up or hyped up about what he learned or heard there.” According to the News Leader (see link above), “Kyle spoke of Israel attacking its neighbors, the U.S. invading Iran and warships in the Arabian Gulf, all of which would lead to a major war — possibly within a few weeks —and culminate in the end of times.”

This episode should serve as a reminder to everyone – including religious people – that the personal beliefs of our elected officials are not just a private concern. Beliefs influence behavior, so when considering who to vote for, it is always a good idea to ask about or look up the religious affiliations of the candidates. Religious convictions that include apocalyptic beliefs can lead to some very frightening behavior, especially when those convictions are combined with power, authority, and access to money and weapons.

Even if you do believe in the end-times, ask yourself this: Whom was Kyle planning to save with his food, machine guns, and rocket launchers? You? I doubt it. 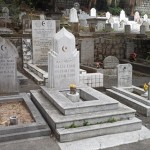 July 20, 2015 Texas locals fear a proposed Muslim cemetery will lead to a radical Islam training center
Recent Comments
0 | Leave a Comment
"Tom Hughes --- Gee, you're clearly quite intelligent. I bet you're in Mensa. The MAJORITY ..."
markinator Clarification on the now viral Wisconsin ..."
"Source in the Constitution?Again, you have not replied to my argument about any "except for" ..."
Alonzo Donald Trump vowed to destroy the ..."
"Tom, I gave explicit instances when getting ID and registering to vote might be difficult. ..."
Annerdr Clarification on the now viral Wisconsin ..."
"You do realise that the only person we've seen throw the word nazi around is ..."
TheMarsCydonia The Danthropology blog is moving on
Browse Our Archives
get the latest from
Nonreligious
Sign up for our newsletter
POPULAR AT PATHEOS Nonreligious
1