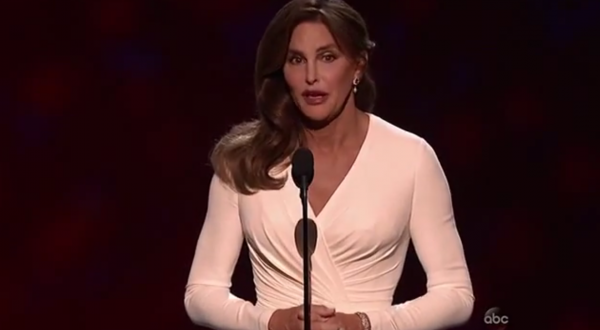 She gave her acceptance speech on acceptance and respect for transgender men and women.

“It’s not just about one person,” Jenner said. “It’s about thousands of people. It’s not just about me, it’s about all of us accepting one another. We’re all different. That’s not a bad thing. That’s a good thing. And while it may not easy to get past the things you don’t always understand, I want to prove that it is absolutely possible if we only do it together.”

She spoke at length about the way the words of adults are absorbed by children and that those words can change and or hurt lives. She spoke about those not accepting and bullying trans people.

“If you want to call me names, make jokes, doubt my intentions, go ahead because the reality is I can take it,” she said. “But for the thousands of kids out there coming to terms with being true to who they are, they shouldn’t have to take it. So for the people out there wondering what this is all about, whether it’s about courage or controversy or publicity, it’s about what happens from here.”

I do not have much commentary to add to the speech and only can encourage you to watch this and share it. It is a powerful message and one that could change minds and save lives. 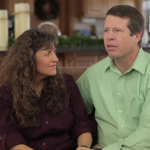 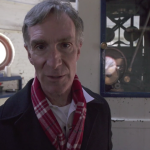 July 17, 2015 Bill Nye discusses his connection to Carl Sagan in upcoming documentary (video)
Recent Comments
0 | Leave a Comment
"Tom Hughes --- Gee, you're clearly quite intelligent. I bet you're in Mensa. The MAJORITY ..."
markinator Clarification on the now viral Wisconsin ..."
"Source in the Constitution?Again, you have not replied to my argument about any "except for" ..."
Alonzo Donald Trump vowed to destroy the ..."
"Tom, I gave explicit instances when getting ID and registering to vote might be difficult. ..."
Annerdr Clarification on the now viral Wisconsin ..."
"You do realise that the only person we've seen throw the word nazi around is ..."
TheMarsCydonia The Danthropology blog is moving on
Browse Our Archives
get the latest from
Nonreligious
Sign up for our newsletter
POPULAR AT PATHEOS Nonreligious
1