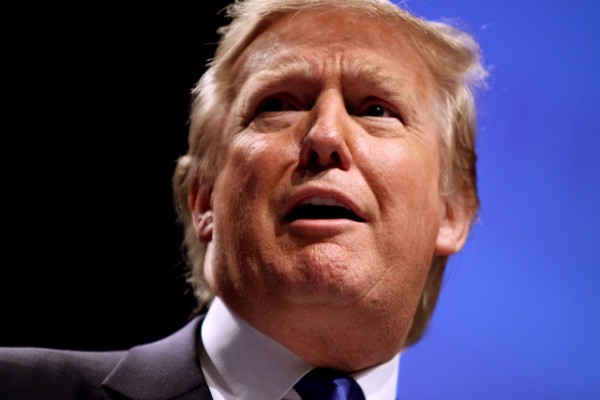 When reading an article that maligns atheists, you can almost be assured it is under the Salon.com banner and is based on strawmen and intellectual dishonesty.

Well, this could not be more true for their new interview with Camille Paglia, a pseudo-leftist “social critic” who sounds more like a female version of Donald Trump. Throughout the interview, Paglia seems to fail in proving she is the academic she markets herself as. Even worse, she seems to think she is of any cultural relevance. For the “too long; didn’t read” version of this article: no she isn’t as culturally relevant as she thinks she is. It seems she is nothing more than a lost relic of the 90’s, a cultural dinosaur.

When asked by Salon why she doesn’t “sneer at religion” like other atheists such as Dawkins, Hitchens or Harris, Paglia says she finds them to be “adolescent” and that these atheists have a “stunted imagination.”

I regard them as adolescents. I say in the introduction to my last book, “Glittering Images”, that “Sneering at religion is juvenile, symptomatic of a stunted imagination.”  It exposes a state of perpetual adolescence that has something to do with their parents– they’re still sneering at Dad in some way.

I’m speaking here as an atheist. I don’t believe there is a God, but I respect every religion deeply.

So is it adolescent to have the guts to speak up for the oppressed, to stand up to discrimination against homosexuals, women, and children?

She respects every religion deeply? Does that include female genital mutilation? What about honor killings, child abuse (How to Train Up a Child), or religious beliefs that cause parents to disown and abandon children who are gay or transgender?

She must have cheered on abortion clinic bombers and championed their religious freedom, because one cannot ever sneer at dangerous beliefs.

What she is really saying is that she is a coward, uneducated in religious practice, and instead of believing that one can respect someone’s right to believe while questioning and criticizing their beliefs, she argues you have to also respect their beliefs.

In other words, Camille Paglia is an idiot. She is blindly attacking those she does not understand or agree with and is using their fame in a sad attempt to rehash the fame she believes she once had.

She even goes on to call Christopher Hitchens best-selling book God is Not Great “a travesty,” and claims he sold the book on catchy titles alone — clearly illustrating that she never read a word, or if she did, she was not able to understand it.

“He appears to have done very little scholarly study,” she says of Hitchens’s work. “Hitchens didn’t even know Judeo-Christianity well, much less the other world religions.”

While many disagree with many of Hitchen’s stances or religious criticisms, one would have to be intellectually stunted to call it a travesty and pretend it has nothing to do with religion, or to claim that Hitchens, Dawkins, and Harris are all simply ignorant about the religions they speak out against.

But of course you would feel as though everyone is inferior to you when you spend an entire interview patting yourself on the back. She even claims she brought the popularization of atheism to America: “I started the fad for it in the U.S, because all of a sudden people, including leftist journalists, started coming out of the closet to publicly claim their atheist identities, which they weren’t bold enough to do before.”

She later claims that Native Americans wrote her letters of praise for her worldview: “In the early 1990s, when I first arrived on the scene, I got several letters from Native Americans saying my view of religion, women, and sexuality resembled the traditional Native American view. I’m not surprised, because my orientation is so fixed in the pre-Christian era.”

So her orientation is fixed on a pre-Christian era, but reality isn’t, and a sense of reality is something Paglia doesn’t seem to have. She is living in the 90’s, and in a rather pathetic attempt to sound culturally relevant, she is attacking Dawkins, Harris, et al because it sells, and slime-websites like Salon will eat it up.

Yet all her interview really does is highlight the sad, fading (or dead) career of a once mildly-respected social critic who is unaware of the society she lives in. Someone who claims be to a liberal but sides time and time again with conservatives and praises herself like only Donald Trump himself could is nothing but a conservative in sheep’s clothing.  She is a selfishly unaware libertarian at best.

She praises Fox News, saying she won’t “demonize Fox News. At what point will liberals wake up to realize the stranglehold that they had on the media for so long? They controlled the major newspapers and weekly newsmagazines and T.V. networks. It’s no coincidence that all of the great liberal forums have been slowly fading. They once had such incredible power.  Since the rise of the Web, the nightly network newscasts have become peripheral, and the New York Times and the Washington Post have been slowly fading and are struggling to survive.”

She, like Trump in my many comparisons before, is out of touch with reality. She is a cultural dinosaur, unknowing of the world she is living in.

And if you think my comparisons to Trump are too harsh or childish, she actually praises him in her interview when reminiscing about her old Salon articles.

So far this year, I’m happy with what Trump has done, because he’s totally blown up the media!

He’s simply an American citizen who is creating his own bully pulpit.  He speaks in the great populist way, in the slangy vernacular.  He takes hits like a comedian–and  to me he’s more of a comedian than Jon Stewart is!

She is happy to slam Stewart in this way, because in the same interview she says, “I think Stewart’s show demonstrated the decline and vacuity of contemporary comedy. I cannot stand that smug, snarky, superior tone. I hated the fact that young people were getting their news through that filter of sophomoric snark.”

To really drive the point home that could not possibly be any less culturally relevant, she complains that Stewart is not more like Lenny Bruce. Many of the younger readers might be wondering who Bruce is, seeing as how he died in 1966.

One can only assume after reading her interviews with Salon, comparing Bill Clinton to Bill Cosby, blindly attacking atheist authors of whom she knows nothing, praising Donald Trump and Fox News, and complaining that comedy isn’t what it used to be, that her family is desperately searching for a home so she can “relax.” 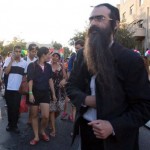 July 30, 2015 6 people were stabbed by an ultra-Orthodox Jew at a Jerusalem gay pride parade
Recent Comments
0 | Leave a Comment
"Tom Hughes --- Gee, you're clearly quite intelligent. I bet you're in Mensa. The MAJORITY ..."
markinator Clarification on the now viral Wisconsin ..."
"Source in the Constitution?Again, you have not replied to my argument about any "except for" ..."
Alonzo Donald Trump vowed to destroy the ..."
"Tom, I gave explicit instances when getting ID and registering to vote might be difficult. ..."
Annerdr Clarification on the now viral Wisconsin ..."
"You do realise that the only person we've seen throw the word nazi around is ..."
TheMarsCydonia The Danthropology blog is moving on
Browse Our Archives
Follow Us!